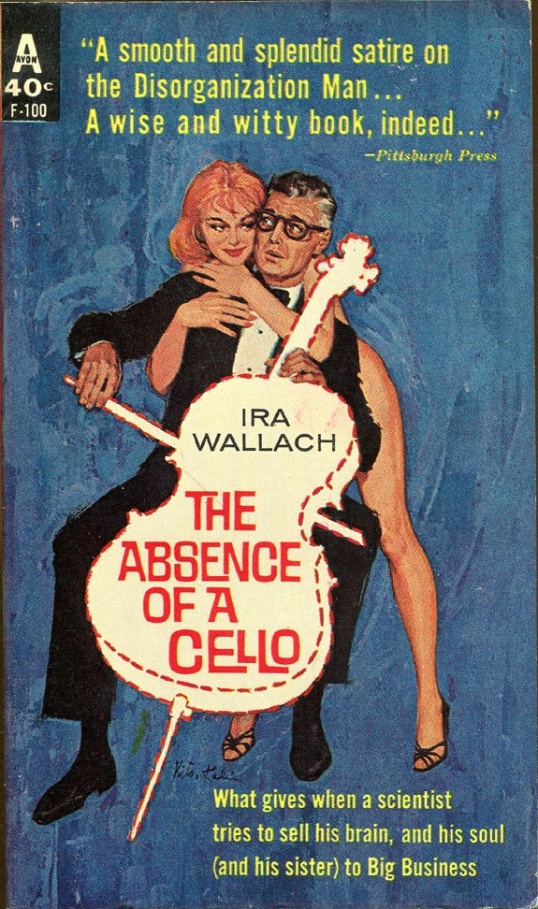 The Absence of a Cello was originally written in 1960.  It’s a satire about a scientist who needs a job but who isn’t sure that he’ll be able to fit in with corporate America.  A representative of a company that wants to hire him come to visit him and, with the help of his sister and neighbors, the scientist tries to come across as being the perfect company man.

This book proved popular enough to be adapted into a play, which opened on Broadway in 1964.  The same year that the play opened, the book was reissued by Avon Books.  Artist Victor Kalin provided the cover for the reissue.  Kalin has been featured on this site many times in the past and will undoubtedly be featured again in the future.

One response to “Artwork of the Day: The Absence of a Cello (by Victor Kalin)”