Ah, bliss. Ever since a collected volume of cartoonist extraordinaire John Pham’s beloved strips featuring hard-luck “lovable losers” Jay and Kay was released in France a couple of years ago, English-speaking audiences have been waiting for  a version we can actually, ya know, read — but the demand for it was so strong that I truthfully know a few people who ordered the French version just to look at the thing.

It’s easy enough to see why — Pham’s cartooning skill is matched only by his artistry with the risograph, a printing method that he stands as one of the absolute masters of, and who are we kidding? Each issue of his self-published Epoxy sells out so quickly, despite its high price, that for many people these are comics they’ve only heard about in reverent near-whispers to date, but have never actually seen outside of, say, Kramers Ergot. Well… Hailing as she does from Stockholm, Sweden, Moa Romanova’s name isn’t one that is particularly well-known here in the US — but I have a distinct feeling that her Fantagraphics-published debut graphic novel, Goblin Girl, is going to change all that in a hurry. Toeing a tightrope-line between pure autobio and fictionalized faux-memoir, with the distinction between which “parts” of the book are which never being explicitly delineated, this is a seamless and powerful work that navigates the always-choppy waters of mental illness with raw honesty, emotion, and a sense of authenticity so profound that it almost doesn’t even matter how much of it is derived from Romanova’s daily life or not.

That being said, she’s still clearly finding her voice as a cartoonist, at least on the artistic side of the ledger : her panel layouts, lettering, backgrounds, color choices, and caricature-ish flourishes owe a lot to… 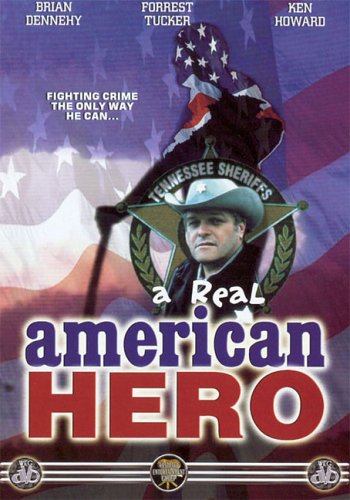 Based on the title, you might think this made-for-TV movie is about G.I. Joe but instead it’s about Buford Pusser, the club-wielding sheriff who battled bootleggers in Tennessee and who might have been murdered by them.  While he was still alive, Pusser was played by Joe Don Baker in the original Walking Tall.  After Pusser’s mysterious death, Bo Svenson took over the role for two sequels and a Walking Tall television series in 1981.  Meanwhile, in A Real American Hero, the role is played by Brian Dennehy.

Though Pusser may be played by a different actor than in the original movies, A Real American Hero finds him still dealing with same threats.  As a result of getting some bad moonshine at the Dixie Disco, two teenagers are dead and two are blind.  Buford is determined to take down the owner of the Disco, Danny Boy Mitchell (Ken Howard).  Unfortunately for Buford, Danny Boy has a mole in the sheriff’s department and always manages to clean up his club before Buford arrives.  When Buford does arrest Danny, the case is thrown out of court because Buford didn’t have probable cause or any real evidence beyond hearsay.

Buford’s solution is to start enforcing every single law on the books, even the ones that haven’t been relevant for over a century.  Buford knows that stopping Danny Boy for a misdemeanor would give him probable cause to search him for any evidence of smuggling moonshine.  For instance, Buford pulls Danny Boy over because he’s driving a vehicle but, in violation of a law written in 1908, he doesn’t have a man walking in front of the car and waving a red flag.  Another time, he gives Danny Boy a ticket because, in violation of a law from 1888, he never ties his carriage to a hitching post and a law written in 1910 legally defines all cars as being carriages.

The problem is that, if Buford only enforces the law against Danny Boy, he could be accused of police harassment.  So, everyone in the country has to be held to the same standard, which means that everyone in town is soon getting ticketed and jailed for the minor offenses as Danny Boy and his associates.  Everyone gets angry with Buford but, after Danny Boy tries to assassinate the sheriff while he’s got his kids in the car, they change their minds and support being overpoliced.

A Real American Hero was obviously an early attempt at a pilot for a Buford Pusser TV series.  Bulky Brian Dennehy is physically right for Buford but he’s never as convincing a redneck as Joe Don Baker was in the role.  Plus, it’s impossible to watch Dennehy hauling people into court for not hitching their “horseless carriages” without being reminded of Dennehy harassing Sylvester Stallone at the start of First Blood.  Despite a subplot where Pusser tries to help a former prostitute re-enter society, Buford comes across more like a jerk than a real American hero.  Meanwhile, Ken Howard does his best but Danny Boy is still just a generic television bad guy.  If he wasn’t selling moonshine in Buford’s county, he’d probably be further down south, trying to frame the Duke boys for a bank robbery.

This one is for Walking Tall completists only. 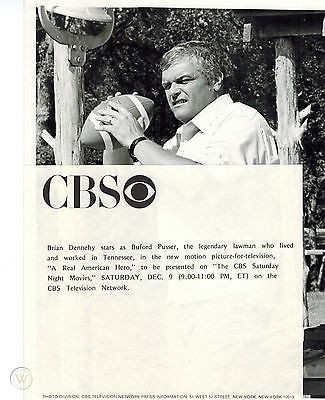 The 1978 Australian film, Long Weekend, is about what happens when two unlikable humans decide to spend the weekend with nature.  Nature, it turns out, doesn’t really like the company and decides to kill them.

Or does it?  From what I’ve read, the screenwriter for Long Weekend, Everett De Roche, did intend this to be a nature’s revenge type of film.  The idea behind the film is that these two city dwellers aren’t respectful of nature when they go camping and, as a result, all of the plants and the animals decide to get revenge.  But the film is shot in such a way that your interpretation may vary.  Are the humans really being targeted by nature?  Or are the humans themselves just so paranoid and craven that they don’t even realize that they’re destroying themselves?  For instance, when one of them gets attacked by a possum, is it because the possum has been sent on a search-and-destroy mission or was it just because someone was stupid enough to stick their hand in a possum’s face?  I mean, you can really only expect any animal to put up with so much, regardless of whether they’re a member of an organized army or not.  Whether or not it was intentional on the part of the filmmakers or just the result of having to adjust to working with a low budget, Long Weekend is actually a rather ambiguous film and it’s all the more effective for it.

Long Weekend opens with Peter (John Hargreaves) and Marcia (Briony Behets) driving through the rain.  They’re heading off to an isolated beach camping spot that Peter has discovered.  Peter considers himself to be a great outdoorsman and is very proud of the hunting rifle that he’s bringing with him.  Marcia is a self-described “city girl” and is considerably less enthused about the prospect about spending the weekend in the rough.  (I immediately identified with Marcia because I have always hated the idea of camping.)  Marcia and Peter spend half of their time talking about how much they love each other and the other half talking about how much they hate each other.  Marcia’s also having an affair and Peter might know about it.  (When Peter first brings his new rifle home, he points it directly at Marcia.  Is he just testing the sight or is he fantasizing about murdering his wife?  The film leaves it up to us to decide.)  Along the way, Peter runs over a kangaroo while driving to the campsite but neither he nor Marcia seem to notice.

Once they’re camping, Peter and Marcia only get more obnoxious. Marcia complains about nature. Peter litters the ground with cigarette butts and he kills a manatee.  He also shoots a tree with a spear gun.  He claims it was an accident, though it’s hard not to notice how close the spear comes to hitting Marcia.

The surroundings start to grow more ominous.  The wind howls.  The skies grow dark.  Eagles attack.  Possums attack.  A dog attacks.  Marcia wants to leave and eventually, even stubborn old Peter agrees but it turns out that leaving is not going to be as easy as they think….

Long Weekend takes a while to really get going but, if you stick with it, your patience will be rewarded.  The time taken to reveal who Peter and Marcia are and to show us how their relationship works definitely pays off in the end.  Shot on location in the Australian bush, this is one of those horror films that creates a perfectly ominous atmosphere and then doesn’t let up until the end credits roll.  Peter and Marcia are so unlikable that you don’t really mind seeing them being tormented but, by the end of the film, it’s impossible not to share their desperation as they try to figure out how to escape the wrath of a seriously pissed off planet.  The film ends on a rather abrupt yet totally perfect note.

As I mentioned at the start of this review, one of the things that makes Long Weekend so effective is that it does maintain a certain ambiguity as to what’s happening.  There are hints throughout that whats happening might not just be isolated to that campsite and that Peter and Marcia aren’t the only ones who have gotten on the bad side of nature this weekend.  At the same time, it’s also possible to interpret the film as being less about nature’s revenge and more about an unhappy couple who lets their own paranoia get the better of them.  Are they really victims of nature or are they just two people being driven mad by their own dysfunctional relationship?  While the filmmakers are on record as saying that they meant for it to be the former, the film itself leaves it up to you decide.

Long Weekend is an intense and effective horror film.  If you’re tempted to go camping this Spring Break, be sure to watch this film first. 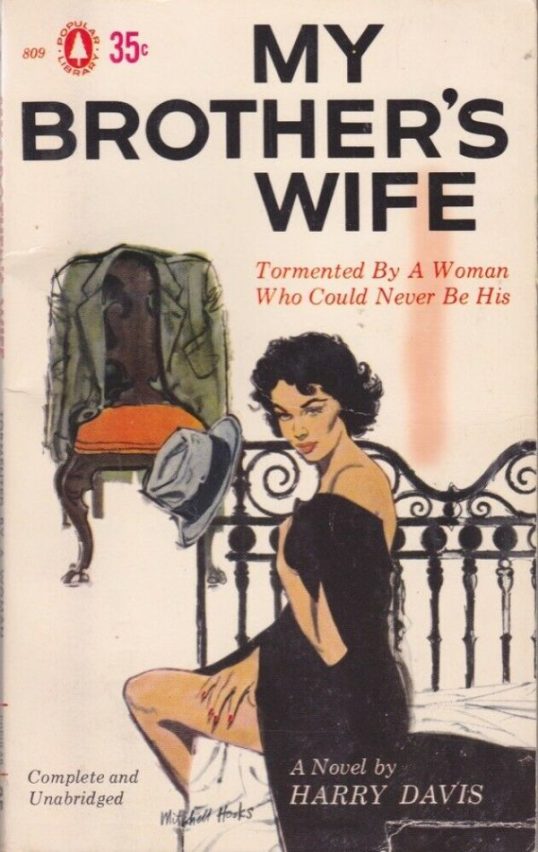 Once upon a time, a record company exec made the mistake of asking Johnny Lydon if he could write and record a nice and commercial love song for Public Image Ltd.’s next album.  This is how Lydon responded:

This Is Not A Love Song is repeated a total of 44 times in this song.  The other lyrics are all meant to satirize the corporate mindset as Johnny announces that he is going to sell out:

This video was shot in Century City, which was the center of the Los Angeles business community in the 80s.