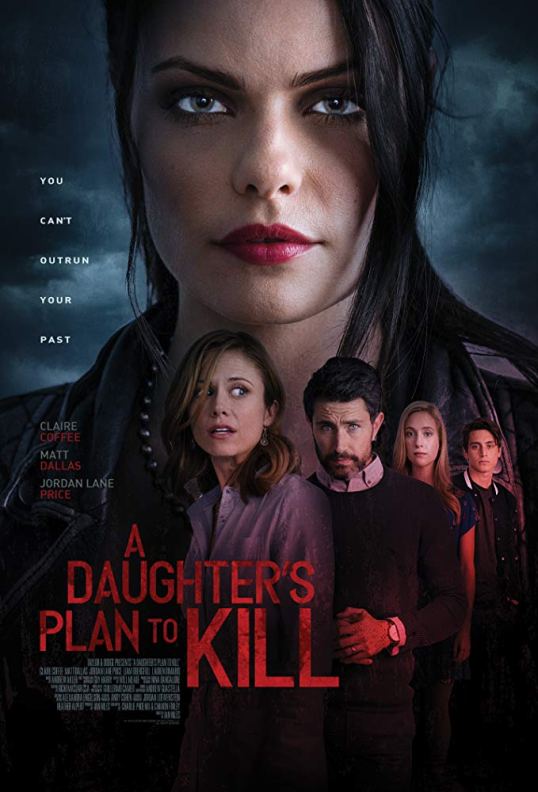 So, it probably seemed like a good idea at the time.

Greg (Matt Dallas) has got a nice life and lives in a nice house and he’s got a happy family.  He’s married to Katie (Claire Coffee) and he’s got two teenage children who live at home, Lauren (Lauren DiMario) and Tommy (Liam Obergfoll).  However, Greg also has another teenage daughter out there, Samantha (Jordan Lana Price).  Greg was never in Samantha’s life when she younger so why not make up for lost time by inviting her to come live with him, his wife, and her half-siblings?

I mean, what could possibly go wrong, right?

From the minute that Samantha moves in, there are hints that all might not be ideal with the situation.  Samantha is moody and frequently loses her temper.  When Tommy gets his first car, Samantha gets angry and demands to know why she’s never been given a car.  When its pointed out to her that Tommy’s been working hard to earn the car, Samantha accuses Greg and Katie of making her feel like an outsider and, to be honest, she actually does have a point.  I mean, if you’re going to invite someone to come live in your house as a permanent member of the family, maybe don’t make a big deal about how everyone but her is going to get a car.  It’s just common sense.

Meanwhile, all the boys at the high school are fascinated by Samantha, which makes Lauren feel even more insecure than usual.  Samantha alternates between pressuring Lauren to hook up with a shallow jock named Milo (Will Tomi) and trying to drown Lauren in the swimming pool.  “Didn’t any of you see her holding me under the water!?” Lauren demands.  “No,” her friends, “because you were under water.”

Greg’s response is to spoil Samantha, hoping to win her love and maybe some peace.  Katie thinks that Samantha needs some discipline.  As for Samantha …. well, she’s just planning on killing everyone.  Hence, the title of the film.

Let’s talk about that title because I really like it.  A Daughter’s Plan To Kill tells you everything that you need to know about this film but there’s also a wonderfully sordid bluntness about it.  There’s no ambiguity to be found in this title.  This daughter doesn’t have a “secret” or a “hidden past,” or any of that.  No, she has a “plan to kill.”  As a pretty well-organized person myself, I always appreciate someone who has a plan.

Anyway, plotwise, A Daughter’s Plan To Kill is pretty much a standard Lifetime evil family member film.  You know that Samantha’s bad as soon as she shows up and you spend most of the film amazed that no one else seems to have figured it out yet.  That said, the film’s definitely an entertaining example of the genre and Jordan Lana Price seems to be having a lot of fun in the role of Samantha.  Samantha may be evil but she’s evil with just enough style to be entertaining.

One response to “Lifetime Film Review: A Daughter’s Plan To Kill (dir by Ian Niles)”