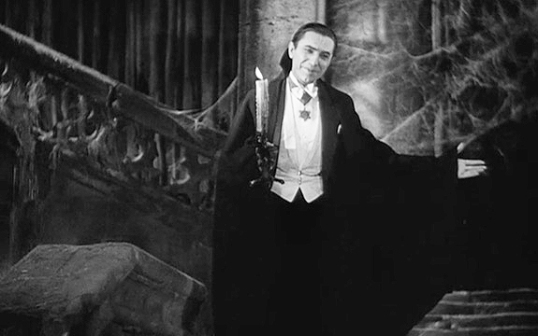 I swear, nothing annoys me more than when wannabe hipsters go out of their way to trash old movies.

You see that a lot on twitter.  People who, for the most part, haven’t even studied film or cultural history will try to post something snarky about a film that was made decades before they were born.  They either make fun of the acting or the dialogue or they attempt to call out the film for not being properly woke.  It’s an easy way to get likes and retweets but it’s also about as intellectually lazy as you can get.

For instance, there’s a tendency to dismiss the 1931 version of Dracula and Bela Lugosi’s performance in the lead role.  Personally, I do think that Dracula is a bit too stagey (it was, after all, based on a stage play that was based on Bram Stoker’s novel) and I wouldn’t put it up there with director Tod Browning’s best work.  The Spanish-language version of Dracula, which was filmed at the same time, is technically a better film.  But, that being said, I will accept no criticism of Lugosi’s performance.  Lugosi is the perfect Dracula.  If he seems overly theatrical …. well, Dracula’s a pretty theatrical character.  It has to be remembered that Lugosi is playing a character who is supposed to be several hundred years old.  If he acts like a man out-of-time, that’s because that is exactly what he is.

So, in honor of that legacy, today’s horror scene that I love comes from the original Dracula and features Bela Lugosi at his creepiest:

3 responses to “Horror Scenes That I Love: Bela Lugosi Introduces Himself In Dracula”