First released in 2002, Murder by Numbers is one of those films that seems to be pop up on Cinemax every couple of months.  It’s not really that good, though it has its fans because if features Sandra Bullock being all self-destructive and one of the film’s villains is played by a young Ryan Gosling.

Ryan Gosling is Richard Haywood, child of privilege.  He’s handsome.  He’s funny.  He’s popular.  He’s spoiled.  He’s often high.  And he’s totally psychotic.  Richard wants to commit the perfect crime and, fortunately, so does his classmate, Justin (Michael Pitt).  Justin is a fiercely intelligent introvert who spends most of his time reading and writing and playing with his computer.  He’s got a crush on Richard’s ex, Lisa (Agnes Buckner).  From the minute that Lisa showed up and started talking to Justin, I was concerned.  I was like, “Is this another movie that’s going to feature someone named Lisa being murdered?  CHERISH ALL OF THE LISAS IN YOUR LIFE, PEOPLE!”

Anyway, Richard and Justin do end up killing a woman, though not Lisa.  They go through a lot of effort to frame the school’s pervy janitor, Ray (Chris Penn), for the crime.  And they nearly succeed, though Detective Cassie Mayweather (Sandra Bullock) is way too smart to fall for their tricks.  Unfortunately, no one believes anything that Cassie says because she has a shady past and a drinking problem.  Even her sympathetic new partner, Sam Kennedy (Ben Chaplin), thinks that it was probably Ray.

Literally everyone on the police force tells Sam that Cassie is unstable and not to be trusted, which leads to an interesting question.  If everyone’s convinced that everything Cassie says is wrong, why does she still have a job?  Why do they still assign her to cases?  It’s like, “We’ve got a murder that we have to solve!  Let’s give it to that detective who we think never gets anything right!”

Sandra Bullock does her best to bring the self-destructive Cassie to life but she kind of runs into the huge problem that she’s Sandra Bullock and she has such a firmly entrenched screen presence that it’s difficult to take her seriously as someone who spend her free time sitting on a houseboat, getting drunk, and obsessing on the past.  You really want her to give a good performance because it’s impossible not to root for Sandra Bulllock but she’s just too miscast.  You keep expecting Matthew McConaughey to show up, playing a bongo drum and trying to cheer her up.

Far more convincing is Ryan Gosling, who plays Richard as the type of guy that we all knew in high school.  You know he’s a jerk.  You know you should stay away from him.  But he’s just so much fun and he has so much money!  Unfortunately, Gosling is so charismatic that Richard quickly becomes the only compelling character in the film.  I mean, if you have the choice between watching Michael Pitt, Ben Chaplin, or Ryan Gosling, who are you going to go with?  You’re supposed to hate Richard and hope that justice catches up with him but instead, you find yourself hoping that he’ll sneak out of the country and spend the rest of his hiding out in South America or something.

So, as a result, the film really doesn’t work.  (It also doesn’t help matters that it’s directed in a rather detached fashion by the king of ennui, Barbet Schroeder.)  But it’s interesting to watch, just for a chance to see a future star in the making.  Gosling steps into a rather underwritten role and basically takes over the entire damn movie.

It’s also worth seeing for the scene in which Sandra Bullock gets attacked by a baboon.  It’s a weird moment and Schroeder screws things up by mixing in a flashback to Cassie’s past but still, it’s a baboon attacking Sandra Bullock.  That’s not something you see every day. 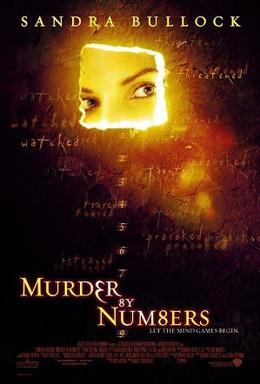 
Who is getting killed and who is doing the killing?

The video kinda starts out like a typical Friday the 13th-influenced slasher film so I’m sure that would lead many to suspect that Jason Voorhees or some other immortal backwoods zombie is lurking around in the shadows, carrying a machete.

I think it’s just as possible that the video could be an homage to a 70s redneck rampage movie.  So, maybe the threat is coming from a toothless mountain mnn.  I will say, however, the real-life toothless mountain men are always a lot nicer than they’re portrayed in the movies.  Or at least, they are if they’re the type of mountain men who grow weed instead of cooking meth.

Or maybe it’s the dog.  I’m tempted to blame the dog but that’s just because I have a long-standing fear of dogs.  Way back when I was like ten, my family went to a lake and there was this big dog that showed up out of nowhere and followed us around everywhere and acted really friendly.  But then, suddenly, it stopped, took one look at me, and started to growl.  My mom told me not to move while my uncle tried to calm it down.  Of course, telling a terrified ten year-old not to move almost always has the opposite effect and, before I knew it, the dog was charging right at me.  Anyway, I kinda blacked out at that point so I’m not sure what exactly happened next.  Apparently, my uncle was able to hold the dog off until its owners finally showed up and retrieved it.  For years afterwards, I was absolutely terrified of dogs but now I’ve reached the point where they only make me nervous.

(It’s sad because, deep down, I really want to like dogs, if just because they make me feel so guilty if I don’t act happy to see them.)

Anyway, regardless of who is or is not getting killed or doing the killing in this video, this is still another wonderfully hypnotic mood piece from Chromatics and this atmospheric video is the perfect companion piece,