She’s got a lot to deal with.  She’s a college student who is always busy.  Her mother (Marguerite Moreau) is pressuring her to become an attorney, constantly asking her about her grades, and continually talking about how expensive Chelsea’s education is turning out to be.  Her boyfriend has just dumped her, specifically because Chelsea doesn’t ever seem to have any time for him.

All Chelsea wants to do is direct a movie but even that’s become a struggle.  Because her mother is only interested in financing Chelsea’s education, Chelsea is not only having to pay for the movie herself but she’s also having to do it all without her mother finding out what’s going on.  Can you blame Chelsea for just wanting to spend a night unwinding?

It’s while she’s out with her friend Sara (Gigi Zumbado) that Chelsea runs into Mila (Kirsten Pfeiffer) and Liam (Tyler Sellers).  Mila and Chelsea were childhood friends.  As Chelsea explains it, she and Mila were always getting in trouble together.  Mila eventually ended up living on the streets but it appears that she’s doing much better now.  Now, she has expensive clothes and a nice apartment.  And she even has a handsome business partner in Liam.

What is Mila’s business?

She’s a webcam girl and, in Lifetime films, that always means trouble!

Seeing that Chelsea needs money and some confidence boosting, Mila tries to turn Chelsea into a webcam girl.  It’s not really something Chelsea is interested in doing, though she does make a thousand dollars as the result of one eager fan.  That allows her to pay for one more day of shooting, which is a good thing.

What isn’t such a good thing is that it soon becomes apparent that Chelsea’s fan is more than a little unstable and obsessed.  Even after Chelsea makes it clear that she wants nothing to do with him, he still tries to contact her.  He sends her a message letting her know that he likes what she’s wearing.  Chelsea looks outside her bedroom window, just in time to catch a truck driving away.

Meanwhile, Chelsea’s mom has a new friend!  His name is Jake Peters (Kevin McNamara) and he’s a personal trainer!  He has a disconcerting habit of showing up wherever Chelsea happens to be.  Jake seems friendly but there’s something a bit off about him.  He’s a little bit too friendly and he tends to speak in weird self-help clichés.  And, of course, there’s the fact that Jake murdered his mother at the start of the film…

Yep, Jake has some issues.  And it’s not a spoiler to tell you that he’s also Chelsea’s stalker.  He’s got plans to make Chelsea’s one night as a webcam girl a night to regret!

I had to work the film’s title into that last paragraph because I think it’s a pretty good title.  As soon as you hear those words, “A Night To Regret,” you’re immediately intrigued.  A Night To Remember ended with the Titanic hitting an iceberg.  How will A Night To Regret end?

Well, in A Night To Regret, the iceberg is Jake, who is a thoroughly creepy and unsettling character, so much so that you have to feel that both Chelsea and her mother were incredibly naive to not immediately turn and run the first time that they saw Jake approaching them.  Jake is the type who will murder a random passerby, smirk about it, and then not understand why some people are turned off by his behavior.  Kevin McNamara does a great job playing Jake, turning him into a memorable Lifetime villain.

I also liked the performances of Kirsten Pfeiffer and Tyler Sellers are Mila and Liam.  (Interestingly enough, Liam is an anagram of Mila and vice versa.)  Pfeiffer kept you guessing as to whether Mila was just a concerned friend or if her motives were more sinister while Sellers was so charming as Liam that you regretted he wasn’t in more of the movie.  Also giving a good performance was Tina Huang, who projected a wonderful, no-bullshit attitude as Detective Morita.

A Night To Regret is a typical stalker flick but the performances of McNamara, Pfeiffer, Sellers, and Huang keep things interesting.

At first glance, UK cartoonist Lizz Lunney’s Big Bonerz, a 44-page collection of her black and white Street Dawgz strips collected between two riso-printed covers by J.T. Yost’s Birdcage Bottom Books, appears to be a sort of “edgy” or “confrontational” updating of the venerable “funny animal” genre, but the thing with preconceptions is — pun only slightly intended because, frankly, it’s not a very good one — well, they can be a real bitch.

And that goes double, as it turns out, when they’re right. This is, you see, a very funny comic — and it’s a crisp and incisive kind of funny, one that reflects real-world concerns and all-too-human foibles and frailties, even if it features a group of canine protagonists who are operating in “our” stead as they grapple with issues ranging from debilitating depression, class struggles, celebrity worship, and anger management to drug dependency, internet addiction…

I know all of you, like me, will be watching tonight’s 89th annual Major League Baseball All-Star Game, and… wait, what’s that? You say you WON’T be watching the All-Star Game? You have no interest in baseball? Heretics!! But I understand, I really do, and for you non-baseball enthusiasts I’ve assembled a quartet of Pre-Code films to view as an alternative, starring some of the era’s most fabulous females. While I watch the game, you can hunt down and enjoy the following four films celebrating the ladies of Pre-Code: 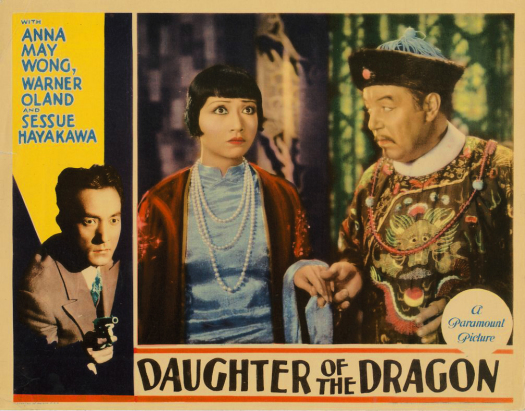 
In the beginning, there was a yacht in the Caribbean.

Working on that yacht was a waiter named Manuel (Juan Pablo Di Pace).  Manuel was strong, handsome, and as sexy as a reality show participant.  He knew how to repair things.  He knew how to catch fish.  His job may have required him to serve margaritas to rich assholes from the United States but he always did it with an attitude.  Manuel was the type of arrogant working man who one would typically expect to find Giancarlo Gianinni playing in a Lina Wertmuller film.  Of course, Manuel is more interested in getting laid than leading a worker’s revolution.  In fact, just before setting out on his latest voyage, he broke up with his girlfriend.  She reacted by pointing at him and laughing evilly.  In a movie like this, that can only mean one thing: VOODOO CURSE!

And then there was Jenny (Kelly Brook) and her husband, Jack (Billy Zane).  While Jenny was the trophy wife, Jack was the American businessman who rented out the yacht for a fishing expedition.   Jack was arrogant.  Jack was outspoken.  Jack was convinced that he knew how to survive at sea, even though he didn’t.  He and Manuel took an instant dislike to each other.  It didn’t help Manuel’s cabin was right next to Jenny and Jack’s and that the sound of Jenny’s ecstatic moaning kept Manuel from getting a goodnight’s rest.

(Of course, another reason that Manuel was having trouble getting any sleep was because, at that very moment, his ex-girlfriend was dancing in a candle-filled room and apparently taking part in some sort of Santeria-related ceremony.)

Well, you can guess where this is going, can’t you?  Jack and Manuel have an argument on the boat.  Manuel gets fired and reacts by taking a towel and throwing it on a stove.  Soon, the boat’s on fire.  Jenny and Manuel wash up on the shore of an isolated island.  For two days, Manuel takes care of Jenny.  He catches fish for her.  He encourages her to swim naked in the ocean.  He yells at her, “You have a perfect ass, senora!  It’s shaped like a heart because God didn’t give you a real one!”  (If I had a dollar for every time I’ve heard that…)  Despite herself, Jenny starts to fall for Manuel.  Suddenly, Jack shows up on the beach!

Jack soon proves himself to be just as obnoxious on dry land as he was on the boat.  Earlier, Jenny and Manuel had buried the body of the boat’s captain.  Jack promptly digs the captain back up so he can get a change of clothes and some cigars.  Jenny is stunned that Jack would do something so gross.  Jack laughs it off as only Billy Zane can.

Soon, Jack is living on one end of the beach while Manuel is on the other.  And Jenny is stuck in the middle.  Meanwhile, Manuel’s ex-girlfriend is still dancing in that candle-filled room…

Survival Island is a movie that manages to both bad and brilliant at the same time.  In the role of Jenny, Kelly Brook gives a performance that hits so many wrong notes that it almost becomes a perfect example of outsider art.  When she should be scared, she seems to be mildly annoyed.  When she should be happy, she again seems to be mildly annoyed.  The script itself can’t decide whether Jenny is meant to be a noirish femme fatale or a repressed trophy wife.  Jenny never really comes to life as anything other than a plot device but I do have to admire the fact that, even after a shipwreck and several days on a desert island, her makeup was always perfect and her hair was always clean.  Still, considering that the film revolves around her, Jenny is a surprisingly insubstantial character.

Fortunately, the fact that Jenny is such a poorly written character almost doesn’t matter.  What does matter is that Billy Zane is in this movie and he’s exactly the type of shameless, over-the-top performer that this story needs.  There’s nothing subtle about Zane’s performance.  Jack talks to himself.  Even before they end up fighting over Jenny, Jack is always glaring at Manuel.  When he manages to catch something to eat, Jack breaks out into a wonderfully self-satisfied grin and when he suspects that Jenny may have cheated on him, he pouts like a child who has just been informed that his favorite toy was donated to the Goodwill while he wasn’t looking.  Jack’s the type of character who has a snarky comment about everything and Billy Zane is one of those actors who definitely knows how to deliver a sarcastic line or two.  Jack may be a jerk but so what?  He’s an American jerk so, as an American film reviewer, I’m required to be on his side.  Once Jack — and Billy Zane — loses it and goes crazy on that island, nothing else matters.  On the basis of Billy Zane’s presence alone, the film is a guaranteed a certain immortality.  Indeed, the main conflict in Survival Island isn’t between Jack and Manuel.  Instead, it’s between a film that takes itself seriously and a star who does not.

That’s really what makes Survival Island into such a slyly (if, perhaps, unintentionally) subversive film.  The movie may think that it has something to say about class, relationships, and sex but Billy Zane is always on hand to announce,, “No, this is all about watching me go batshit crazy on an island!  That’s all that matters!”  Just as how Jenny must choose between Jack and Manuel, the viewer is forced to choose between taking the movie seriously or just enjoying Billy Zane at his zaney best.

I have a feeling that most people will go with the latter.

In the UK, Survival Island was released as Three. 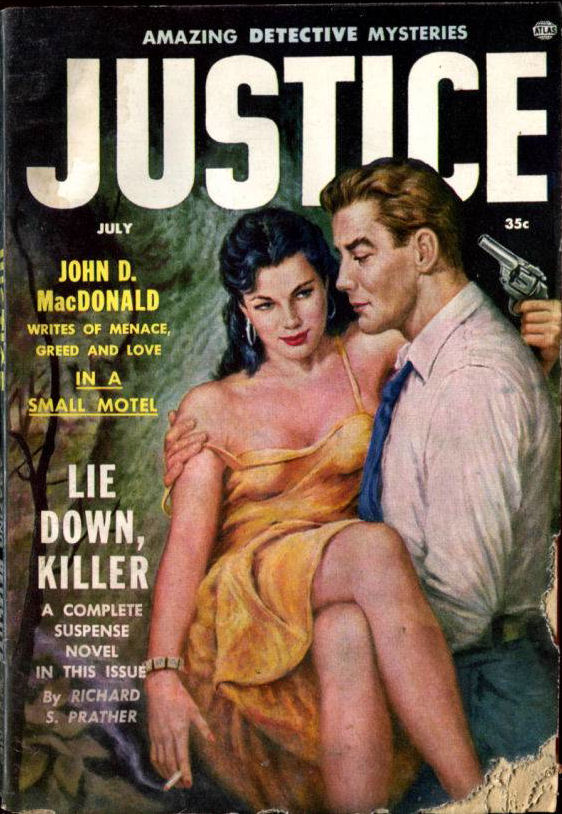 
Let’s take a trip through the desert with Marijuana Deathsquads!

Though the video came out long before the TV show, it’s still difficult for me to watch this without thinking about Twin Peaks: The Return.  As I watched, I kept expecting either Cooper or his doppelganger to drive by, searching for JUDY.