Tonight’s excursion into televised horror is the 8th episode of the 5th season of HBO’s Tales From The Crypt!

In Well Cooked Hams, Billy Zane is a magician who murders an older magician (Martin Sheen) and steals that magician’s prized prop!  Zane quickly learns that it’s called a Box of Death for a reason.  Zane has a lot of fun being sleazy and Sheen’s over the top Russian accent simply has to be heard!

976-Evil tells the story of two teenagers named Spike (Patrick O’Bryan) and Hoax (Stephen Geoffreys).  You know what?  Whether your parents decide to name you Spike or to name your Hoax, your life is pretty much fucked up from the minute either name is entered on your birth certificate.  Anyway, Spike and Hoax are cousins.  Spike is the dangerous bad boy who rides a motorcycle and wears a leather jacket.  Hoax is the really nerdy kid who worships Spike and who lives with his ultra-religious mother (Sandy Dennis).  Hoax can’t wait until the day he and Spike ride across the country on their motorcycles.  Spike is just busy trying to get laid and looking forward to heading out on his own.

Anyway, Hoax eventually gets tired of being picked on all the time so he decides to call the phone number mentioned in the film’s title.  Hoax discovers that he has a direct line to Hell and the voice on the other end has some definite ideas for what Hoax could do to even the score.  For instance, Hoax could cause spiders to attack a Spike’s girlfriend.  And, after that, Hoax could transform into a monster and attack the local bullies at their poker game.

Uh-oh!  It looks like Hoax has been possessed by evil!  Even worse, the phone bill is HUGE!  Those calls to the Devil aren’t cheap, you know!  Can Spike defeat his cousin or will evil rule the day?

Now, I will say this for 976-Evil: as annoying as Stephen Geoffreys is when he’s playing nerdy Hoax, he actually is a bit frightening as evil Hoax.  For that matter, Patrick O’Bryan is probably does about as good a job as you can do while playing a character named Spike.

But otherwise, 976-Evil is nearly unwatchable.  I mean that literally.  The entire film appears to be covered by a layer of grime.  Between the unappealing visuals, the poor dialogue, and the lack of appealing characters, there’s really not much in 976-Evil to hold our attention.  It might help if we felt bad for Hoax but, even before he calls the phone number, he’s such a weirdo perv that you just kind of want him to go away.  Hoax is basically the type of loser who thinks that an Axe body spray commercial is a documentary.  You can imagine him desperately spraying himself before he goes to school every day and announcing, “I smell like Axe!  I’m losing my virginity next period!  And then me and Spike are going to ride our motor scooters to Toronto!”

Released in 1989, 976-Evil was also the directorial debut of Robert Englund.  I kinda hate to be so negative about the film because Robert Englund is such a good actor and he always comes across as being such a nice guy.  If you haven’t already, be sure to get a copy of Englund’s autobiography, Hollywood Monster.  Englund tells a lot of good stories and is admirably positive about being a horror icon.  But, though Robert Englund’s a great guy, 976-Evil just doesn’t work. 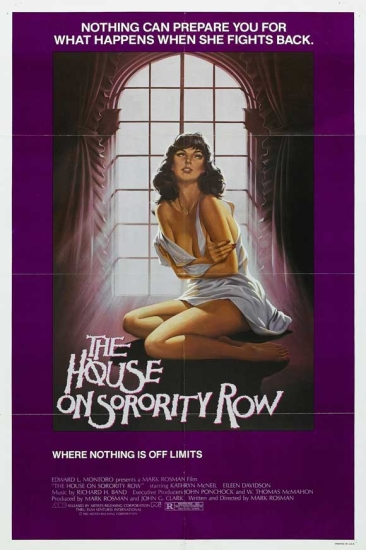 The 1983 film, The House on Sorority Row, is one of the best (and sadly, one of the more underrated) slasher films to be released during the slasher boom of the early 1980s.  Yes, I know that the poster above probably makes it look a little generic.  And “Where Nothing Is Off Limits” sounds more like a tagline for a film about snowboarders than a rather engaging and occasionally even witty suspense film.

The House on Sorority Row is a masterpiece of the genre.  (Avoid the remake, Sorority Row.  ALWAYS AVOID THE REMAKE … except for The Maltese Falcon, the Hammer Dracula films, The Departed … you know what?  Use your own damn judgement. )

Seven sorority sisters are excited about graduating and want to throw a big party.  However, their strict and slightly insane house mother, Mrs. Slater (Lois Kelso Hunt), has a strict no party policy.  She also has a strict “everyone out of the house once the semester ends” policy and she’s not very happy when she discovers that the seven girls are planning on staying for the weekend!  She demands that they all leave.  She then proceeds to use her cane to destroy a waterbed while one girl is on it with her boyfriend.  As the hallway floods, the girls wonder what’s wrong with Mrs. Slater.

Of course, what they don’t know is that Mrs. Slater has a tragic past.  Well, actually, they kind of do know it.  At the very least, they suspect it.  They know that Slater does have a reason for always closing the house on the weekend immediately following the end of the semester.  They know but they don’t care.  Instead, they plan an elaborate hoax.  That’s right!  V for Vengeance!

How does the hoax work out?  Well, like most college hoaxes, it ends up with two laughing girls, five angry and/or worried girls, and one dead house mother floating in the pool.  OH NO!  They’ve got to both throw a party and hide a dead body!  See, this is why I never joined a sorority.  I can throw a party.  And I can hide a dead body.  But not both in one night!

At first, things go okay.  Nobody discovers the body.  The party goes off as planned.  Everyone’s having as good a time as you can while trying to cover up a future-ruining felony.  But then suddenly, the body disappears.  And then the girls start to disappear, one-by-one…

So, let’s just be honest here.  Plotwise, The House on Sorority Row is not going to win points for originality.  Though the film does include a few clever twists, it’s pretty much your standard slasher film and it has its share of scenes where the girls stupidly split up, drop knives that they really shouldn’t drop, and hide in silly places.  I always feel bad for the girl killed in the bathroom stall because seriously, that’s the last place I would want to die.  (Add to that, her head later turns up in a toilet.  BLEH!)

While the plot may be familiar, The House on Sorority Row is a triumph of style.  Director Mark Rosman may have told a familiar story but he told it well, putting more emphasis on suspense than gore.  Regardless of how silly the story may be, you still get caught up in it.  Rosman is at his best towards the end of the film when the final survivor has to fight off the murderer while under the influence of a hallucinogenic drug.

Finally, the film is far better acted than your typical slasher film.  Though the majority of the characters are definitely familiar types (there’s the bitchy girl, the slightly less bitchy girl, the best friend, the mousy girl, the smart girl, the dumb girl, etc), the actresses who play them are all sympathetic and likable.  You actually care about them.  Yes, you even care about self-centered, immature Vicki, even though she’s the one who came up with the hoax in the first place.  Vicki is played by Eileen Davidson and she gives one of the best performances in slasher film history.  It’s hard not to relate to her exasperation as it turns out to be harder to cover up a murder than she originally assumed.

That said, having watched the film, I’m glad that I never joined a sorority.  Between the waterbed and the murders, I don’t know how I ever would have ever graduated.

I’ll watch anything with Tony Todd in it. Even if he’s just got a few lines, you know they’ll be delivered with a soul-shaking, baritone, horrific gusto. He never half-asses it, our guy Tony, but let’s be honest: particularly in recent years, a number of the low-budget productions he’s been involved with have indeed been half-assed.

Which brings us to our latest “Halloween On Hulu” offering, a 2013-filmed UK number I found in their “horror and suspense” section last night called Dead Of The Nite. And I’m sorry, but this flick is just straight-up atrocious on pretty much every level. 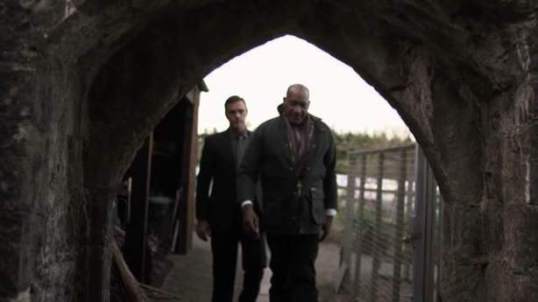 Welcome to another “found footage” paranormal story! A crew of purportedly intrepid “ghost hunters” are off to investigate the infamous Jericho Manor, which has a standard-issue “haunted history,” and once they arrive to roll cameras for their internet “live feed” show, they’re informed by the caretaker (played by…

When a flick offers atmosphere but not much else, then it better offer a hell of a lot of atmosphere in order to rise above simple “well, that was a waste of time” classification. I’ll say right off the bat that 2015’s The Inhabitants — the brainchild or the writer-director tandem of Michael and Shawn Rasmussen — has plenty by way of atmosphere going for it, without question. But I’m not sure it has much to recommend in its favor beyond that — yet I’m not ready to call it a waste of time, either. So I guess it must have — what was that again? — “a hell of a lot of atmosphere,” indeed.

Crucially, that sense of atmosphere isn’t the by-product of accident, but of authenticity. Filmed at the historic Noyes-Parris House in Wayland, Massachusetts, this is a fairly simple tale about a husband and wife named…

I’ll be the first to admit — I’m far from the world’s biggest Mark Millar fan. I certainly don’t begrudge the man his success — more power to him for that. But success often breeds complacency, and as projects from Chrononauts to Starlight more than ably demonstrate, the rise of Millar’s star-power in Hollywood has resulted in a series of projects that are written with big- (or small-) screen exploitation in mind from the outset. Still, much as I was prepared in advance to be less than enamored with Huck, its inherent corniness and earnest simplicity won me over by the time it was over, and so I decided I’d give the latest Millarworld/Image project, Reborn, a go. In fact, truth be told, I’ve even been sort of looking forward to it —

But if I said that was entirely due to Millar himself, I’d be lying, of course…

The story of notorious 19th Century serial killer Jack the Ripper has been told countless times on the screen. The case has never been officially solved, and there are probably more theories about Jack’s identity than there were victims. Author Marie Belloc Lowndes wrote “The Lodger”, a speculative fiction novel based on the Ripper murders, that was in turn made into a silent film by the Master of Suspense, Alfred Hitchcock  in 1927. The film was remade in 1932 with the same star, Ivor Novello, then again in what’s probably the most famous version, 1944’s THE LODGER , starring Laird Cregar, Merle Oberon, and George Sanders. Almost a decade later, the tale was again remade, this time with Jack Palance as the mysterious MAN IN THE ATTIC. 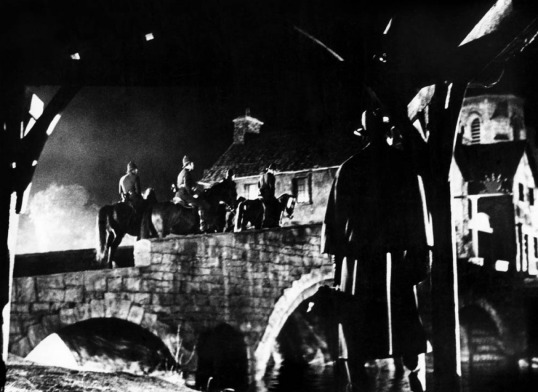 Fog shrouded London’s Whitechapel District is being terrorized by a fiend known in the press as Jack the Ripper. Scotland Yard is baffled, police patrols have been…