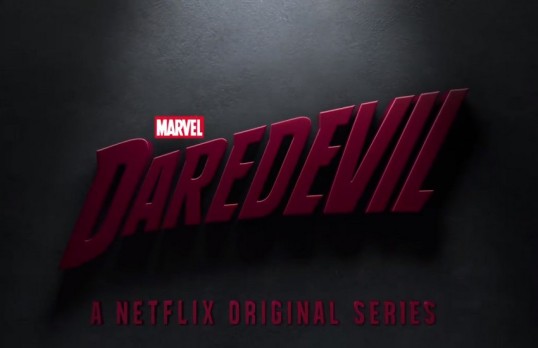 “I accept your conviction. The lone man who thinks he can make a difference.” — Wilson Fisk

Today we saw the release of the official trailer for Netflix and Marvel Television’s first of five series based on characters from the Marvel Universe. Daredevil will be the first out of the gate and it looks to darken things a bit in the Marvel Cinematic Universe by bringing to the small screen one of it’s street-level heroes.

Daredevil (aka Matt Murdock) will soon be joined by Jessica Jones, Luke Cage and Iron Fist in their own web series on Netflix before teaming up for the Defenders series.

Under the guiding hands of showrunner (and Whedon alum) Stephen S. DeKnight, Daredevil will soon be available for bingewatchers everywhere on April 10, 2015. 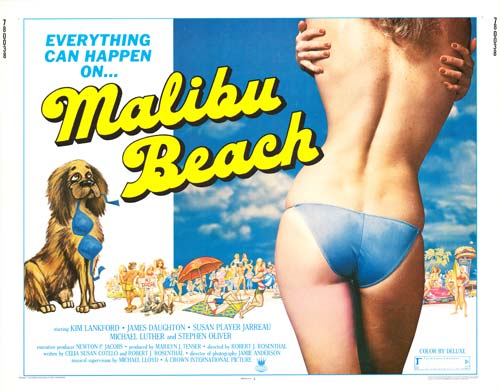 Just by comparing the two films, you can tell that a lot changed during those 15 years.  As opposed to the euphemism-spouting surfers of Beach Party, the teenagers that hang out on Malibu Beach know exactly what they want and they’re not ashamed to say it.  What Beach Party could only hint at, Malibu Beach has the freedom to make explicit.  The film’s poster claims that “everything can happen on Malibu Beach” and, in theory, that’s certainly true.

That’s right!  Malibu Beach is a Crown International Picture and anyone who loves 70s exploitation knows what that means.  Malibu Beach is a cheaply produced film that was made to exploit then-current trends and bring in a lot of money.  Like a lot of Crown International Films, it’s technically a pretty bad film but it’s so sincere and honest about what it is that it almost feels petty to be too critical of it.

Much like in the Pom Pom Girls, the heroes of Malibu Beach are two high school jocks, one of whom, Bobby (played by James Daughton, who, that same year, also played the evil Greg in National Lampoon’s Animal House), is dark and brooding while the other, Paul (Michael Luther), is skinny and dorky.

Much as in The Pom Pom Girls, one of the heroes has a nemesis for no particular reason.  Seriously, I never could figure out why Bobby and Dugan hated each other but they certainly did.  What’s odd is that, whenever there’s a confrontation between the two of them, Malibu Beach suddenly gets extremely serious.  Bobby and Dugan glare at each other and speak through clenched teeth.  Suddenly, there’s no music on the soundtrack and all we can hear are seagulls above and the tide rolling in and it all feels very ominous.  I sat through Malibu Beach expecting either Dugan and Bobby to be dead at the end of the film, that’s how seriously their conflict is portrayed.

Also, much like The Pom Pom Girls, Bobby and Paul each have girlfriends.  Paul is dating the spacey Sally (Susan Player).  Bobby, meanwhile, is romancing the new lifeguard, Dina (Kim Lankford).  Dina has a big scene where she tells Bobby that she can’t handle being caught in the middle of his increasingly intense rivalry with Dugan.  Again, it’s a deadly serious scene and it’s just so strange to see it there, awkwardly dropped in between scenes of a bumbling cop smoking weed and a dog stealing bikini tops.

Finally, the main similarity between The Pom Pom Girls and Malibu Beach is that the exact same three songs appear in both films!  Obviously, somebody at Crown International, really loved those three songs.

Malibu Beach is one of those films that was obviously made to appeal to hormonal teens at a drive-in but, by today’s standards, it’s rather tame.  It’s currently playing on Hulu and it’s also available in several of those Mill Creek box sets that we all know and love.  Is the film any good?  No.  Do I recommend it?  Not really.  But, much like Beach Party, it is a portal into the past. 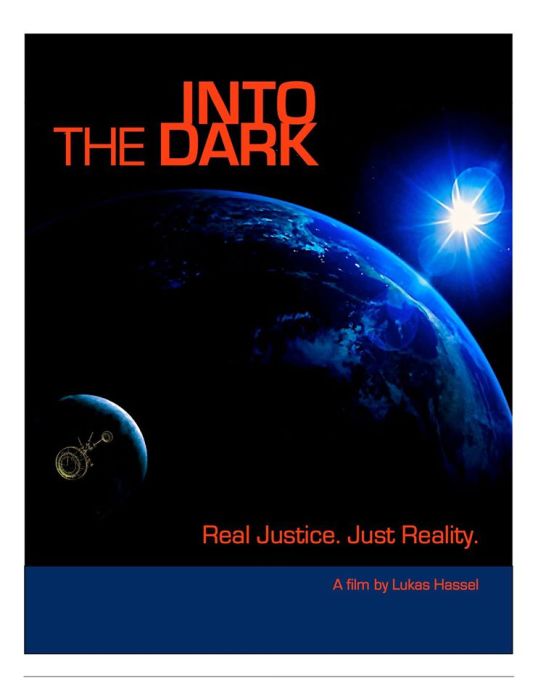 The quote above comes from a 14-minute short film that I was recently fortunate enough to have the opportunity to view.  If you’ve read my previous reviews on this site, then you probably know that I’m not a huge fan of government property in general so, as you can imagine, that line made me smile.  Within the context of the film, it also provided a brief moment of triumph for two men who have both reached a point where they have to be happy for whatever temporary victory they may happen to achieve.

Into the Dark opens with a haunting image of an urban skyline.  The moon hangs over the city and, as we watch, we briefly see that something has been launched into the night sky.  That object is a small capsule that includes two men who have been strapped in back-to-back.  The two men are identified not by name but by number.  58257 (Lukas Hassel, who also wrote and directed Into the Dark) is angry and shouts at the unseen people who are watching him.  Meanwhile, 33963 (voiced by Lee Tergesen) gives him advise on how to turn off a strobing blue light and tells him that, no matter how loudly he shouts, nobody watching can hear a word that he’s saying.  No one on Earth is interested in what these two men have to say for themselves.  Instead, the audience simply wants the catharsis of seeing what happens to them.

As we listen, it becomes apparent that these two men have broken the law and this space ride is a part of their punishment.  33963 was a political revolutionary while 58257’s crimes are a bit more ambiguous.  Every few seconds, a condescending computerized voice tells them to think about what they’ve done.  As their punishment approaches, 33963 begs 58257 to just talk to him and to allow him to experience some sort of human interaction…

Into the Dark may take place in the future but it deals with a very modern reality: we live in a very bloodthirsty time and that’s especially true in the way that we treat those who have been convicted of breaking the law.  At a time when people feel like they have less and less control over their own fates, there’s a need to punish those who break “the rules,” never mind the fact that some rules make more sense than others.  At any given times, you can turn on the television and watch reality shows about cops arresting lawbreakers, attorneys prosecuting the accused, and guards watching the convicted.  These shows presents us with a world where the is no difference between a murderer and some guy who happened to have a little bit of weed in his car and where the only thing that matters is that people are being held responsible for breaking the rules that it’s assumed the viewer automatically and unquestioningly obeys.  These shows allow an insecure society to feel superior.

That’s one reason why Into the Dark is so memorable.  The final twist, the truth of why Hassel and Tergesen are in that capsule together, is totally plausible.  It’s something that we, as an audience, know is probably going to end up happening some day.  When the plausibility of that twist is mixed with the emotional power of the performances of Tergesen and Hassel, the end result is a thought-provoking look at crime, punishment, and the manufacturing of televised reality.

Another thing that makes Into The Dark so memorable is that the end credits mention that the majority of this film was shot in “Lukas Hassel’s apartment.”  You wouldn’t know that from watching the film, which takes wonderful advantage of the production’s low-budget.  The inside of the capsule is claustrophobic and cramped in the way that you would expect an intergalactic jail cell to be small and cramped.  Despite almost entirely taking place in one small set, Hassel and cinematographer Henry Lee never allow the action to get stagey. Instead, it’s a fully cinematic experience and the fact that it was shot in someone’s apartment should give hope to aspiring independent filmmakers every where.