After watching Barry Lyndon, I decided to continue to explore my DVR by watching another film that was shown as a part of TCM’s 31 Days of Oscar.

First released way back in 1935, Ruggles of Red Gap was nominated for best picture but it lost to Mutiny of the Bounty.  Interestingly enough, both Ruggles and Bounty featured the great Charles Laughton.  In Bounty, Laughton played a tyrannical villain, Capt. Bligh.  In Ruggles, however, Laughton is the film’s hero, a gentle and comedic butler named Marmaduke Ruggles who, after having his contract gambled away in a poker game, finds himself living in the frontier town of Red Gap, Washington.

It’s also interesting to note that Ruggles of Red Gap is one of the few best picture nominees to receive absolutely no other nominations.  To a certain extent, it’s understandable.  Ruggles of Red Gap was made at a time when the Academy had less categories but still nominated ten films for best picture.  As a film, Ruggles mostly serves as a showcase for Charles Laughton but, that year, he received his best actor nomination for his work in Mutiny.  (At that time, there were no supporting categories.  Had there been, it’s likely that Laughton could have received a lead actor nomination for Ruggles and a supporting nomination for Bounty.)  The next time that someone complains that Selma only received two nominations, you remind them that’s one more than Ruggles of Red Gap received.

As for the film itself … well, for a modern audience, the film’s deliberate pace takes some getting used to.  The film’s best moments occur at the start.  Ruggles wakes up one morning to discover that his boss (Roland Young) lost him in a poker game.  Ruggles spends the day meeting and attempting to get used to his new employer, a nouveau riche cowboy named Egbert Floud (Charlie Ruggles).  The joke here, of course, is that Ruggles is stereotypically reserved and British while Egbert is loud, brash, and American.  Ruggles lives his life by the rules of the class system.  Egbert comes from a world where there is no class and everyone is equal.  Ruggles refuses to call Egbert by his first name.  Egbert gets Ruggles drunk.  The scenes of Egbert and Ruggles in Europe are a lot of fun, largely because the two actors were obviously having a lot of fun playing off each other and Laughton clearly relished getting to play comedy as opposed to villainy.

The second half of the film features Ruggles settling into life in Red Gap, Washington.  The citizens of Red Gap are, of course, all honest and hard-working folks who don’t have the slightest hint of pretension.  (Red Gap may have been in Washington but it was obviously nowhere close to Seattle.)  They welcome Ruggles into the community but they also mistake him for being a colonel and soon, everyone is under the impression that Ruggles himself is a war hero.  It’s an odd subplot, one that doesn’t seem to really be necessary to make the film’s point.

And that point, by the way, is that America is a land where everyone is equal and where butlers have the same rights as their employers.  Ruggles goes from being somewhat horrified by his new surrounding to being a proud American, an entrepreneur who is now capable of being his own man.  And it may sound corny and I’m sure all of my cynical friends are rolling their eyes but you know what?  Charles Laughton pulled it off.  As uneven as the film may sometimes be, Laughton’s sincere performance holds it all together.  He’s the main reason to watch Ruggles of Red Gap. 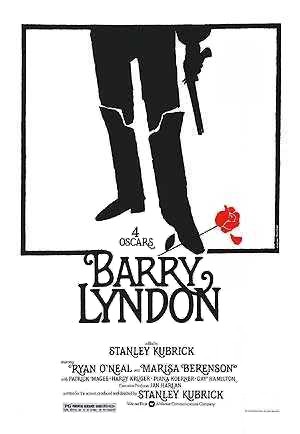 “It was in the reign of George III that the aforesaid personages lived and quarreled; good or bad, handsome or ugly, rich or poor, they are all equal now.”

As I may have mentioned yesterday on this site, Texas has finally caught up with the rest of this frozen country.  Starting on Sunday night, it has finally been cold and wintry down in my part of the world!  For two days straight, schools have been closed and the streets have been covered in ice.  And, even though the temperature got slightly above freezing today, I have been told that I can expect to wake up tomorrow morning to a snowy wonderland.

And I hope that’s the case because I would love to stay home on Wednesday!  Ever since the 31 Days of Oscar began, I have recorded so many movies off of TCM that I am running dangerously close to running out of space on the DVR.  The best thing about being snowed (or iced) in is that it gives me an opportunity to watch some of those films.

For instance, I spent this afternoon watching the 1975 best picture nominee Barry Lyndon.  And when I say that I spent an afternoon, I mean that literally.  Clocking in at a little over 3 hours, Barry Lyndon is a film that’s so long that it even provides an intermission so the you can stand up and stretch your legs.

Seriously, I was really thankful for that intermission.

Which not to say that Barry Lyndon is a bad film.  Far from it!  It’s actually one of the best films to be included in this year’s 31 Days of Oscars.  While I may have no first hand knowledge of what it was like to live in the 1700s, I can now say that I definitely have a clue on account of the fact that I’ve seen Barry Lyndon.

Directed by the great Stanley Kubrick and based on a novel by William Makepeace Thackery, Barry Lyndon tells the story of a penniless Irishman Redmond Barry (Ryan O’Neal) who, following a duel with a wealthy British captain, is forced to flee from his home.  After being robbed by a highwayman, Barry joins the British army but, upon being sent to fight in Germany, discovers that he has no love for combat.  As such, Barry deserts but is then captured by and forced to enlist in the Prussian Army.  Once the war ends, Barry is order to spy on a professional gambler who the Prussians suspect might, himself, be a spy.  Barry and the gambler soon become partners and travel around Europe together.  However, Barry has decided that he now wants to marry into wealth and he gets that chance when he meets the Countess of Lyndon (Marisa Berensen), whose husband is dying.

And that’s when the intermission kicks in.

When we come back, Redmond Barry is now known as Barry Lyndon and appears to have everything that he’s ever wanted.  However, while Barry may have been naturally lucky when he was poor, the opposite is true once he’s rich.  Despite his new station in life, Barry is never truly accepted by his wife’s circle of friends.  Furthermore, his son, Bryan (David Morley) is injured while out riding a horse and Lady Lyndon has a nervous breakdown as a result.  Meanwhile, Barry’s stepson, Lord Bullington (Leon Vitali), hates him and spends most of his time plotting ways to get rid of his stepfather.

And, naturally enough, it all leads to one final duel in a barn, in which two men point guns while surrounded by the deafening sounds of hundreds of pigeons cooing.

I’m at something of a disadvantage when it comes to reviewing Barry Lyndon because I watched it on television and Barry Lyndon is one of those films that demands to be seen on a big screen.  For all of the dramatic moments and satirical asides (this film has a wonderfully snarky narrator), Barry Lyndon is ultimately most concerned with recreating the past as authentically as possible.  Watching this film, you really do feel as if you’ve traveled back to the 18th Century, where all of the rooms are lit by candle light and one’s station in life can be determined by the ornateness of his or her costume.

As I watched Barry Lyndon, I had to wonder — whatever happened to Ryan O’Neal?  I recently saw O’Neal in a film called The List and it was hard to believe that the terrible actor from that film was the same guy who starred in Barry Lyndon.  Kubrick may not have a reputation for being an actor’s director but Ryan O’Neal gives a great performance in Barry Lyndon.  (Compare O’Neal’s performance in the earlier Love Story to his performance here and you’ll see how good a job Kubrick did when it came to directing O’Neal.)  When we first meet Barry, he is an almost passive aggressive character, a cunning guy who has the patience necessary to wait for his opportunity to advance.  It’s only during the second half of the film that Barry becomes a truly sympathetic character, redeemed by both his love for his son and the fact that all of his enemies are even worse than him.  The strength of Ryan O’Neal’s performance can be found in the fact that Barry can be both amoral and sympathetic at the same time.

So, I’m glad that the streets were icy on Tuesday.  I’m thankful because it gave me a chance to watch Barry Lyndon.

And yes, I’m also very thankful for that intermission.