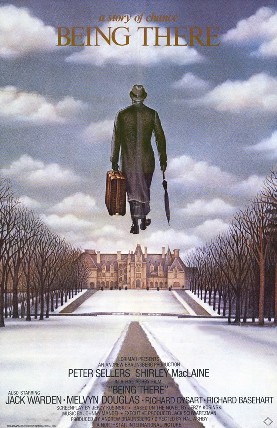 As a general rule, I don’t watch the news.  However, a few nights ago, I made an exception and I watched CNN.  The reason was because it was snowing in New York City and apparently, CNN anchorman Don Lemon was broadcasting from something called the Blizzardmobile.  I just had to see that!

Well, the Blizzardmobile turned out to be huge letdown.  I was hoping for something like the Snowpiercer train but instead, it just turned out to be a SUV with a camera crew and a pompous anchorman who hilariously kept insisting that he was knee-deep in a blizzard when even a Texas girl like me could tell that the Blizzardmobile was only encountering a few snow flurries.

So, I flipped around to see if any of the other news stations had anyone in a blizzardmobile.  What I discovered was that only CNN had a blizzardmobile but one thing that every news station did have was a panel of experts.  An anchorperson would say something like, “What does the future look like?” and the panel of experts would tell us what the future looked like to them.  What I found interesting was that I had no idea who these experts were but yet I was supposed to just believe that their opinions were worth considering.

I mean, for all I knew, those experts could have just been people who were spotted wandering around New York at night.  But, because they were introduced as experts and looked directly at the camera whenever they spoke, they were suddenly authoritative voices.

Oddly enough, the very next night, I watched a movie from 1979 that dealt with the exact same issue.

Being There tells the story of Chance (Peter Sellers), a dignified, middle-aged man who lives in Washington, D.C. and works as a gardener for a wealthy older man.  Chance cannot read.  Chance cannot write.  Chance goes through life with a blank smile on his face.  Chance has never experienced the outside world.  Instead, he spends all of his time working in the old man’s garden and obsessively watching TV.  When the old man dies, Chance finds himself exiled from the house.  Wandering around Washington D.C., Chance asks a random woman to make him dinner.  He politely speaks with a drug dealer who pulls a knife on him.  Finally, he finds himself entranced by a window display of televisions.  Backing away from the window, Chance stumbles into the street and is struck by a car.

Though he’s not seriously injured, the owner of the car, Eve Rand (Shirley MacClaine), insists that Chance come back to her mansion with him so that he can be checked out by her private physician (Richard Dysart).  As they drive back to the house, Eve asks Chance for his name.

Back the house, Chance meets Eve’s husband, Ben (Melvyn Douglas).  Ben is a wealthy industrialist who is dying of leukemia.  Ben takes an immediate liking to Chance.  Because Chance is wearing the old man’s suits, everyone assumes that Chance is a wealthy businessman.  When Chance says that he had to leave his home, they assume that his business must have failed due to government regulation.  When Chance talks about his garden, everyone assumes that he’s speaking in metaphors.

Soon, Ben is introducing Chance to his friend, Bobby (Jack Warden).  Bobby happens to be the President and when he quotes Chance in a speech, Chance the Gardner is suddenly the most famous man in the country.  When he appears on a TV talk show, the audience mistakes his emotionless comments for dry wit.  When he talks about how the garden reacts to different seasons, they assume that he’s an economic genius.  By the end of the film, Bobby has become so threatened by Chance’s popularity that he’s been rendered impotent while wealthy, rich men plot to make Chance the next President of the United States.

In many ways, Chauncey Gardiner was the Neil deGrasse Tyson of his era.

Being There is a one joke film and the idea of someone having no emotional skills beyond what he’s seen on television was probably a lot more mind-blowing back in 1979 than it is in 2015.  But I still enjoyed the film.  Peter Sellers gave a great performance as Chance, never sentimentalizing the character.  As well, the film’s point is still relevant.  If Being There were made today, Chance would be the subject of clickbait articles and Facebook memes.  (Chauncey Gardiner listed his ten top movies and number 8 will surprise you!  Or maybe This boy asked Chauncey Gardiner about his garden and his response was perfect.)

At its best, Being There is a film that will encourage you to question every expert you may see.  Especially if he’s just stepped out of a blizzardmobile…

5 responses to “Shattered Politics #43: Being There (dir by Hal Ashby)”