When Locke first premiered in American theaters earlier this year, I have to admit that I didn’t pay much attention to it.  On the one hand, I was intrigued by the fact that the entire film was apparently just Tom Hardy driving around in a car and taking hands-free phone calls from people. Tom Hardy, after all, is one of my favorite actors and I’ve always felt that he deserves to be known for a lot more than just being the bad guy in The Dark Knight Rises.  At the same time, a lot of the reviews made it sound as if Locke was a thriller in the style of Getaway or Need For Speed and I’ve reached the point where I’m only interested in car chases if they involve Jonah Hill and Channing Tatum.

So, I didn’t really pay much attention to Locke and I didn’t think that I would regret my decision to not see the film.  However, a few months later, the Los Angeles Film Critics named Tom Hardy as their choice for best actor of the year for his performance in Locke.  And then, so did the Toronto Film Critics.  In Houston, Indiana, San Diego, Detroit, and St. Louis, Tom Hardy’s performance was acknowledged as being worthy of consideration.

And I thought to myself, “Well, I guess I better see Locke…”  And, earlier today, I finally got a chance to do just that.

1) All of those critics who made Locke sound like the Getaway owe me (and probably a lot of other people) an apology.  Locke may have been advertised as being a thriller but it’s actually a very moody character study.  Despite the fact that he has a name that feels appropriate for an action movie, Ivan Locke is not a criminal, a cop, or a superspy.  Instead, he’s a rather ordinary man whose perfectly structured life falls apart over the course of one very long drive.  And, though Locke does spend the entire film driving his car and staring out at the road while either taking phone calls or delivering a bitter monologue to the estranged father that he imagines is sitting in the back seat, there’s not a single car chase to be found in Locke.  This is not an action film.  The only thing chasing Locke are his regrets, his obligations, and one mistake that he’s determined to “make right.”

2) Tom Hardy is a great actor.  He is literally the only character to appear on screen and it’s up to him to carry the entire film.  He manages to do just that, giving a performance that will probably be imitated in acting classes around the world for at least the next ten years or so.  Depending on who is calling him on the phone, Locke can be charming, forceful, caring, narcissistic, and even a little bit desperate.  However, he’s always in control.  It’s only when Locke is off the phone and he’s alone with his thoughts and his imaginary father that Locke allows his anger to come through.  It’s been said that the key to great acting is to be found in the eyes and Hardy’s eyes are on fire all through Locke.  It’s really a great performance.

Unfortunately, that doesn’t necessarily mean that Locke is a great film.  It’s a good film.  Hardy gives too masterful of a performance for the film to be anything other than good.  But at the same time, Locke ultimately feels like an experiment that doesn’t quite work.  You can admire the film’s attempt to tell a compelling story without leaving the confines of Locke’s car and still admit that the film doesn’t quite pull it off.

But, that said, Locke is worth seeing for Tom Hardy’s performance.  Tom Hardy probably won’t receive his first Oscar nomination for Locke but his performance is brilliant nonetheless.

Legendary Picture’s Godzilla tops my list. The kid in me that loved Shōwa and Heisei films enjoyed it.  The redesign was interesting and the origin story was satisfying.  Looking forward to a sequel and a possible crossover with the Pacific Rim franchise! 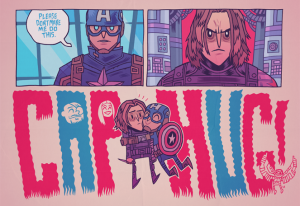 Captain America: The Winter Soldier was more enjoyable than the original in my humble opinion. The action sequences and gadgets satisfied this geek.  It was a near perfect adaptation of the original comic story arc. My only complaint is Arnim Zola didn’t have a vessel befitting his genius.

Guardians of the Galaxy was perfect! The characters felt real and had a spark. There was a nice balance of comedy, action, cast chemistry, Easter Eggs and science fiction.  Part of me wants to see more Redneck Space Pirates in films/television thanks to Rooker’s performance.

Art by the talented Dan Hipp 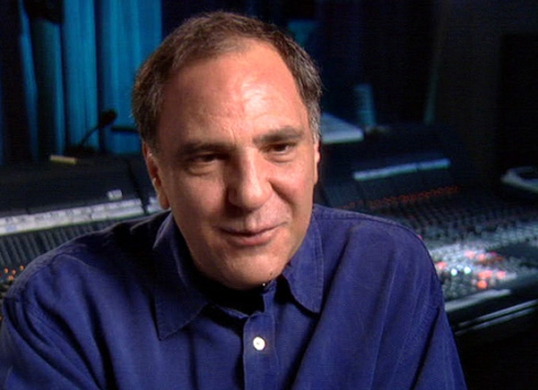 We’re closing out another year and it’s always time to reflect back on the events the we all experienced.

Here in Through the Shattered Lens we saw a new writer join the ranks with the arrival and addition of Alexandre Rothier. We also saw more and more of our writers grow in confidence with their writing. This didn’t just translate into more writing from them, but better as well. There’s Dazzling Erin with her constant surprise of finding new artists to share. Then leonth3duke who finally made the jump to truly appreciating horror. Leonard Wilson continued to find his voice with each new review he wrote.

I can’t forget necromoonyeti who continues to be my source of all things music and with each new band written I pick up something new to experience. Semtex Skittle showed the world his appreciation not just for the franchise of Final Fantasy but Sailor Moon as well and to that otaku are grateful. Speaking of otaku there’s the site’s own big bear of one with pantsukudasai56 who always brings in his choice recommendations in anime.

Then there’s Dork Geekus giving us his thoughts on things comic book. We also have trashfilmguru gracious enough to take time to share his unique take on horror, comic books both high and low-brow who also keeps the rest of us from drinking the Marvel Kool-Aid wholesale which makes for a better site.

Finally there’s my co-founder and partner-in-crime Lisa Marie Bowman who upped her game as she literally propped up the site at times with her voluminous, insightful and unique brand of writing. I will be forever grateful for her continued support and for becoming one of my closest friends.

I’ve chosen the latest “Song of the Day” as an analogue to what I saw myself and this site go through this year of 2014. I had just lost my father at the tail end of 2013 (it is a loss still felt even today) and then had fallen deathly ill around the holidays. Through it all I was thankful and proud of the work my fellow writers were able to do in my absence through my grief and sickness.

Basil Poledouris remains an artist I’ve admired from the moment I heard his music transform John Milius’ screen adaptation of Robert E. Howard’s Cimmerian barbarian from just your standard violent sword-and-sorcery matinee piece to something close to a perfect blend of epic fantasy and primal storytelling. Poledouris would go on to make other memorable film scores, but it’s his work in Conan the Barbarian that always remains his most iconic piece of work.

With the final denouement that follows the climax of the film we have a somber piece titled “Orphans of Doom/The Awakening” closing off the film. I chose this piece to symbolize the year Through the Shattered Lens went through. The piece begins on a somber note with the use of a choir adding a layer of the ethereal, but as the piece continues to it’s conclusion it gradually segues into something triumphant with hope for the future.

This song perfectly encapsulates Through the Shattered Lens circa 2014 and it’s my hope that brighter future awaits me and mine as the new year dawns.