So, I guess this the type of silly, gossipy stuff that I — and I alone — am a sucker for but anyway … the hosts of the next Academy Awards ceremony have been announced and the winners are Anne Hathaway and James Franco!

Don’t get me wrong, I love them both.  James Franco was great in 127 Hours and Anne Hathaway starred in the story of my life, Rachel Getting Married.  But what exactly about either one of them screams “Oscar host?”

To be honest, Oscar Host has always seemed like a thankless job.  Jon Stewart did a pretty good job a few years ago (and it was really cool how he brought Marketa Irglova back out on stage so she could give her speech after winning the award for best original song) but otherwise, is it really a job that anyone wants?

(And, even if Stewart was a great Oscar host, he’s been getting progressively more and more smug, annoying, and self-important ever since.)

Remember when Hugh Jackman hosted and he sang that song that just went on and on and then we all realized that we didn’t really like Hugh Jackman that much in the first place?

And I guess last year it was Steve Martin and Alec Baldwin and … yeah, that was really memorable.

Ellen DeGeneres hosted the Oscars and suddenly, she was a judge on American Idol and did that do anyone any good?

Actually, I think the ideal host would be someone like Jeff Probst, someone who would just smirk after the winner’s announced and ask the other nominees what it felt like to be losers.

Seriously, I’m worried for Franco and Hathaway.  I think that perhaps in the future, the role of Oscar host should be reserved for people who are already generally acknowledged as being annoying.  That way, at least, nobody will shed any tears when the Oscar Host Curse kicks in. 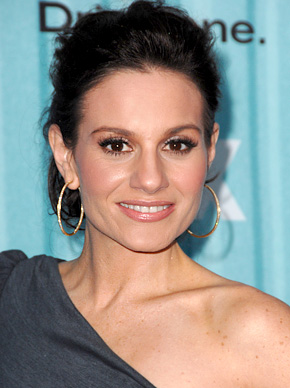 You probably haven’t heard of Michael Armstrong, but you might have heard of his musical project, Rockabye Baby. Armstrong (not to be confused with the Christian pop singer of the same name) has made his claim to fame by taking music by the likes of Radiohead, Tool, and Nirvana, and, through copius glockenspiel, converting their best hits into lullabies. But don’t roll your eyes at another Richard Cheese just yet. The Rockabye Baby albums are actually pleasant to listen to in their own right.

I suppose Christmas music was the logical next step.

It’s hard to give credit where credit is due concerning these; I’ve seen a number of different names associated with the Rockabye Baby series, but Armstrong’s definitely pops up the most. Individual credits for each album are difficult to come by. I’m pretty sure he is the composer of this holiday absurdity, but don’t quote me on it.