Despite what Patrick Bateman might try to tell you, Huey Lewis and the News has never been a band that most people would associate with drugs.  Instead, Huey Lewis and the News wrote and performed the type of songs that you might expect to hear in a sports bar (albeit a sports bar with an 80s theme).  If you need proof, just take a look at the cover of their third album, 1983’s Sports: 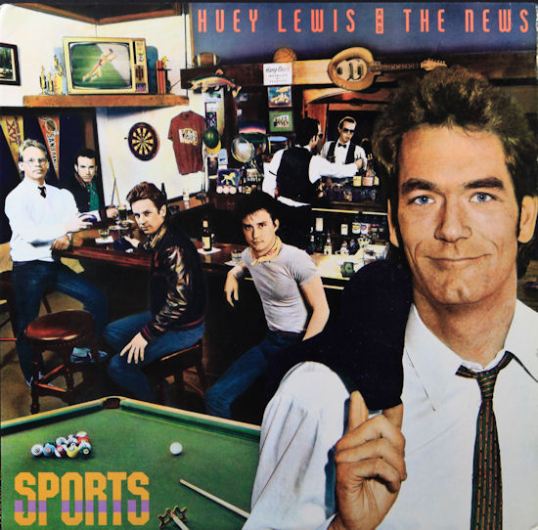 That cover sums up who Huey Lewis And The News were as a band.  While only the members of the band can say for sure what they did behind closed doors, most people would look at this cover and say that these weren’t the guys you’d find smoking weed and debating philosophy or doing coke and going crazy on Wall Street.  These were the guys who were waiting for you to come down to the local bar and shoot some pool, with the winner buying the next round.

Ironically, one of their biggest hits was so widely misinterpreted as being a pro-drug song that they actually made a music video with the expressed intent to show everyone that it wasn’t.  I Want A New Drug wasn’t about wanting a new drug.  It was about being so in love with a woman that the feeling was better than anything that any drug could provide.

The video features Huey waking up late and remembering that he has a show that night.  He races across San Francisco and, noticeably, he doesn’t do a single drug during the journey.  He does spot a woman played by Signy Coleman, whose mom was friends with Huey’s mom.

This video was directed by David Rathod, who also directed the videos for two other songs from Huey Lewis and the News, Heart and Soul and He Don’t Know.