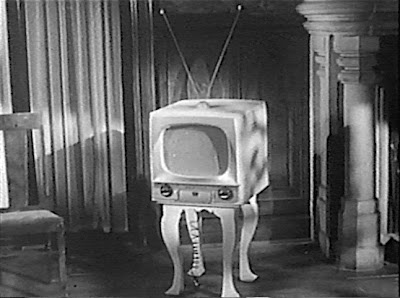 Here’s a thought or two on what I watched this week:

With Janine struggling with food poisoning, Ava was forced to leave her office and teach Janine’s class.  I loved this episode.  Ava is a wonderful comedic character but Janelle James never allows her to turn into a caricature.

We have our final three and I couldn’t be happier with the three teams that made it!  I’ll be rooting for Derek and Claire but, honestly, I could be happy with any of the teams winning.  I wrote about this week’s episode at Reality TV Chat Blog!

I got caught up with the latest season’s finale on Sunday.  This season didn’t do much for me.

I watched two episodes of California Dreams and then I reviewed them!  They’re here on the site, somewhere….

I watched and reviewed two episodes of City Guys.  I did it all for you!

I watched this 3-part Netflix docuseries on Monday.  It deals with a stretch of land near Houston where it appears several different serial killers have been dumping the bodies of their victims.  As a Texan, this was a story that I’ve read quite a bit about and it always disturbs me, both because of the unbelievable tragedy involved and also the suggestion that there are multiple serial killers out there, all using the same stretch of highway.  The docuseries took a look at some of the victims but there’s been so many of them that it would probably take several seasons of Texas Killing Fields to tell all of their stories.  I was particularly touched by the story of Kelli Cox, who — as I would later be — was a student at UNT when she initially disappeared.

The docuseries also featured the efforts of Tim Miller, the father of one of the victims, to get justice for his daughter.  Miller is convinced that she was murdered by his former next-door neighbor and while you always do want to exercise caution when it comes to making accusations, he does make a pretty good case.

Eh.  There wasn’t a dinner service during this week’s episode.  That disappointed me.  The chance to witness people trying to send out raw food at the dinner services is pretty much the main reason why I watch this show.

On Tuesday, I watched the episode with the Paddy Bucks.  It occurred to me, as I watched it, that It’s Always Sunny In Philadelphia managed to predict crypto fraud.

Yay!  Rudolph put those snotty reindeer in their place.  This is such an old special but it’s a classic and I love it.  Some television exec is probably going to try to do a new, updated version at some point in the future.  That’s just the way of the world now.  But the original is the one that has all the heart.

Sami played a pretty good game but it came to an end this week.  It still freaks me out that his job is cremating dead pets.  I wrote about this week’s episode at the Reality TV Chat Blog.