All-American Fiction was a pulp digest that ran from 1937 to 1938.  It featured stories about America and the brave people who settled and protected it.  Unfortunately, it only ran for 8 hours before it was absorbed into Argosy Magazine.  The covers below give an idea of what All-American Fiction was all about.  A few of the covers were definitely done by Rudolph Berlaski but I’m not sure if he did all of them.  (It’s possible that he was responsible for all of them but some of the later 1938 cover don’t resemble his style.)  Belarski is credited for the covers that he is definitely known to have been responsible for. 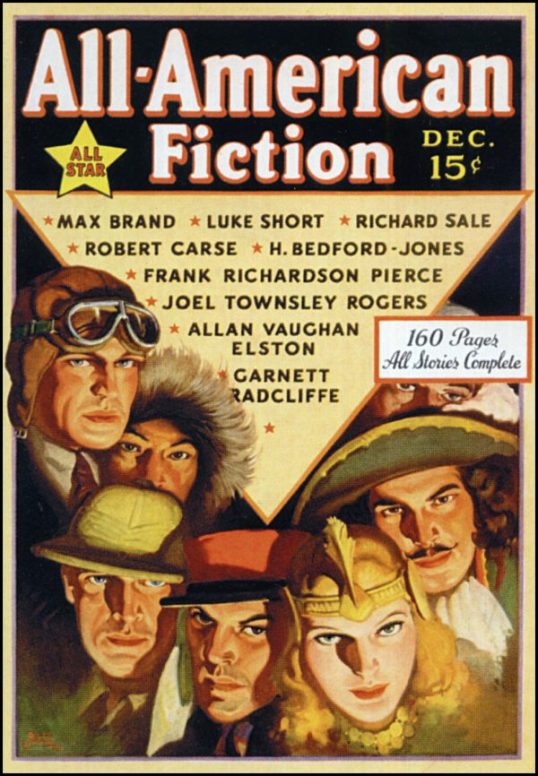 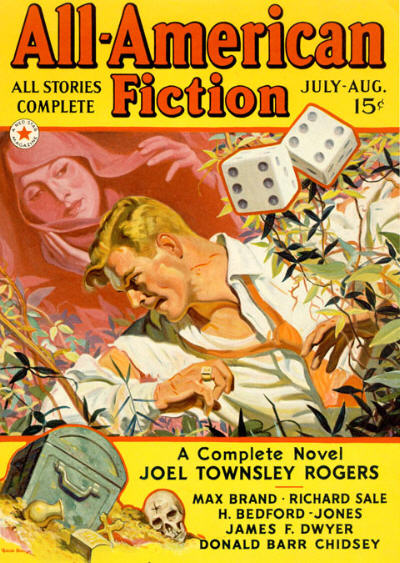 One response to “The Covers of All-American Fiction”