If abduction runs in you family, it might be time to get a new family.

Or it might just be time to make sure that you’re really, really good at it because, if abduction is the family business, you don’t want to be embarrassed at the next family reunion.

Abduction Runs In The Family in not only an ominous way to describe your relations but it’s also the title of a Lifetime movie.  It stars Jessica Morris as Alyssa.  When she was a child, Alyssa was abducted by a man named Miles (James Hyde).  Miles did not abuse or deliberately harm Alyssa.  Instead, he wanted a replacement for his daughter, Sophie and, when he abducted her, he treated her as if she was his own daughter.  Alyssa was eventually rescued and Miles was sent to prison.  Now, years later, Alyssa has become famous as a result of talking and writing about how she was not only kidnapped but how she also eventually forgave Miles for what he did.  As the movie begins, Miles is about to get out of prison and Alyssa has a book coming out about her experience.  Finally, life is providing a chance for both of them to get on with their lives.  Miles, of course, has been given a restraining order as a condition of his parole.  He’s not to go anywhere near Alyssa or her daughter, Emma.

But then …. Emma disappears!

Emma’s been abducted and Miles is Alyssa’s number one suspect.  However, Miles has an alibi for the entire afternoon and he insists that he did not kidnap Emma.  If Miles didn’t do it, who did?  Can Alyssa rescue Emma with the help of the man who abducted Alyssa so many years ago?

Abduction Runs In The Family is an interesting Lifetime film, largely because it takes an unexpected approach to the relationship between Alyssa and Miles.  Alyssa insists that, after kidnapping her, Miles only treated her with kindness and fatherly love and the film keeps you guessing as to whether Alyssa’s memories are correct or if she’s still suffering from Stockholm Syndrome.  Miles is creepy, largely due to his past, and yet he still seems to be sincere in his desire to move on from his previous actions.  It leads to an interesting dynamic between the two characters, who are both well-played by Morris and Hyde.

Unfortunately, the solution to the mystery itself isn’t particularly satisfying.  This is one of those Lifetime mysteries where the film overall would have benefitted from a few more suspects because once you eliminate one them, there’s pretty much only one other person left.  And, unfortunately, a good deal of the film’s conclusion rests on the guilty party leaving a very obvious clue out in the open for everyone to see.

All that said, this is still a compelling Lifetime film, one that takes its story in some unexpected directions.  The final scene between Morris and Hyde is nicely acted and written.  This is definitely a Lifetime film to keep an eye out for. 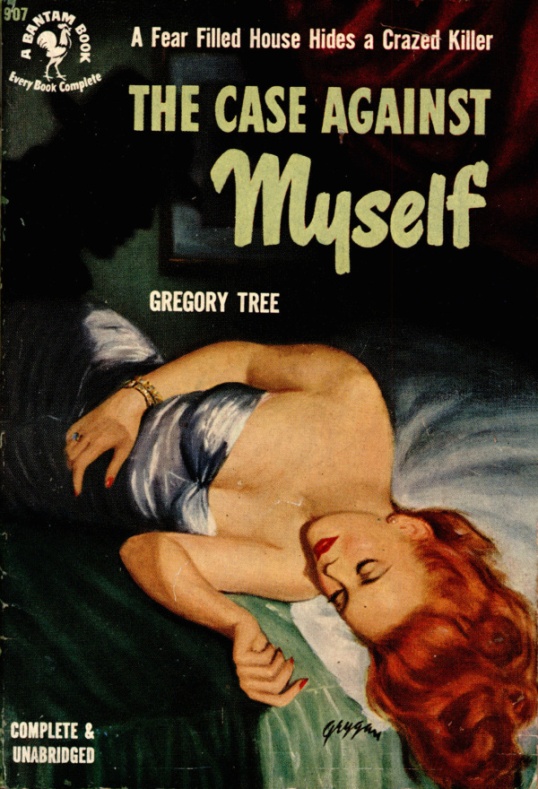 George Geygan was one of the few pulp artist to regularly sign his name to his covers, which is how we know that he was responsible for this one.


This is for the Molokai cops.