If you thought Tom Cruise nearly started a war in Top Gun, you should see what Matthew Broderick did three years earlier in Wargames!

In Wargames, Broderick plays David Lighter, a dorky but likable teenager who loves to play video games and who spends his spare time hacking into other computer systems.  (Of course, since this movie was made in 1983, all the computers are these gigantic, boxy monstrosities.)  Sometimes, he puts his skills to good use.  For instance, when both he and Jennifer (Ally Sheedy) are running the risk of failing their biology class, he hacks into the school and changes their grades.  (At first, Jennifer demands that he change her grade back but then, a day later, she asks him to change it again.  It’s kind of a sweet moment and it’s also probably the way I would have reacted if someone had done that for me in high school.)  Sometime, David’s skills get him into trouble.  For instance, he nearly destroys the world.

Now, keep in mind, David really didn’t know what he was doing.  He was just looking for games to play online.  He didn’t realize that he had hacked into NORAD and that Global Thermonuclear War was actually a program set up to allow a gigantic computer named WOPR to figure out how to properly wage a thermonuclear war.  David also doesn’t know that, because humans have proven themselves to be too hesitant to launch nuclear missiles, WOPR has, more or less, been given complete control over America’s nuclear arsenal.

(Wargames actually starts out with a chilling little mini-movie, in which John Spencer and Michael Madsen play two missile technicians who go from joking around to pulling guns on each other during a drill.  Of course, Madsen’s the one ready to destroy the world.)

Of course, the military folks at NORAD freak out when it suddenly appears as if the Russians have launched a nuclear strike against Las Vegas and Seattle.  (Not Vegas!  Though really, who could blame anyone for wanting to nuke Seattle?)  In fact, the only thing that prevents them from launching a retaliatory strike is David’s father demanding that David turn off his computer and take out the trash.  However, WOPR is determined to play through its simulation, which pushes the world closer and closer to war.  (One of the more clever — and disturbing — aspects of the film is that, even after the military learns that the Russians aren’t planning the attack them, they still can’t go off alert because the Russians themselves are now on alert.   Once the war starts, it can’t be stopped even if everyone knows that the whole thing was the result of a mistake.)

With the FBI looking for him, David tries to track down the man who created WOPR, Dr. Stephen Falken (John Wood).  However, Falken is not easy to find and not as enthusiastic about saving the world as one might hope….

Watching Wargames was an interesting experience.  On the one hand, it’s definitely a dated film.  (Again, just look at the computers.)  At the same time, its story still feels relevant.  In Wargames, the problem really isn’t that WOPR wants to play a game.  It’s that men like Dr. John McKittrick (well-played by Dabney Coleman) have attempted to remove the human element and have instead put all of their faith in machines.  The appeal of a machine like WOPR is that it has no self-doubt and does whatever needs to be done without worrying about the cost.  But that’s also the reason why human beings are necessary because the world cannot be run on just algorithms and cold logic.  That’s a theme that’s probably even more relevant today than it was in 1983.

Wargames is also an exceptionally likable film.  In fact, it’s probably about as likable as any film about nuclear war could be.  On the one hand, you’ve got everyone at NORAD panicking about incoming missiles and then, on the other hand, you’ve got David and Jennifer having fun on his computer and trading flirty and silly quips.  Matthew Broderick and Ally Sheedy are both likable in the two main roles.  Broderick brings a lot of vulnerability to the role of David.  (David Lightner is a far more believable teenager than Ferris Bueller.)  He handles the comedic scenes well but he’s even better as David grows increasingly desperate in his attempts to get the stubborn adults around him to actually listen to what he has to say.  When it appears the only way to save the world is to swim across a bay, David is forced to admit that he’s never learned how to swim because he always figured there would be time in the future.  Yes, it’s a funny scene but the way Broderick delivers the line, you understand that David has finally figured out that there’s probably not going to be a future.  It’s not that he doesn’t know how to swim.  It’s that he’ll never get the chance to learn or do anything else for that matter.

Wargames is definitely a film of its time but its themes are universal enough that it’s a film of our time as well. 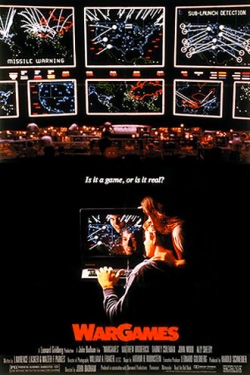 With his long-awaited Constitution Illustrated  having just been released by Drawn+Quarterly (which I would expect you’ll be able to see a critique of here on this site in the near future, given that I already reviewed the “preview” Constitution Illustrated Sampler mini), you’d think cartoonist R. Sikoryak would be busy enough, but apparently not — and hey, who doesn’t have a few spare minutes to trash our repugnant and incompetent current president, anyway? Here’s the rub, though — are you really “trashing” old, fat, syphilitic, orange, impotent, misogynist, and bigoted if you’re just quoting his own words?

Like his large-format (and also D+Q-published) The Unquotable Trump, Sikoryak isn’t “making anything up” but the illustrations in his new follow-up mini The Impeachable Trump, which he self-published in the “early days” of this pathetically mismanaged coronavirus pandemic. As the cover itself states, these are more of Donnie Dumbshit’s “best…

At the start of this made-for-TV western, experienced lawman Dave Harmon (Clint Walker) has just been appointed the new marshal of Yuma.  He’s served as the marshal of several towns, all of which were near rowdy army bases.  He’s a laconic, no-nonsense lawman who is quick with a gun and smart enough to negotiate with the local Indian tribes.

As soon as Harmon rides into town, he comes across the King Brothers (Bruce Glover and Bing Russell) making trouble.  He kills one of the brothers in a saloon and then takes the other one to jail, where he’s mysteriously gunned down during a midnight jailbreak.  It turns out that there’s a third Harmon brother, cattle baron Arch King (Morgan Woodward), and he rides into town looking for revenge.  He gives Harmon a set amount of time to find and arrest his brother’s killer or Arch and his men are going to return to town and kill Harmon.

Fortunately, Harmon has a witness to the jailbreak murder.  Andres (Miguel Alejandro) is a young, Mexican orphan who sleeps at the jail.  He witnessed the murder but he only saw that the killer was wearing what appeared to be army boots.  Harmon’s investigation brings him into conflict with the local army base’s commandant (Peter Mark Richman) and also leads to the discovery of a plot to defraud the local Indians.

The main problem with Yuma is that it was clearly designed to be a pilot for a weekly television series and, as a result, it introduces a lot of characters who don’t get much to do.  There’s a lot of talk about how Harmon is searching for the men who earlier killed his family but that subplot is never resolved.  (If Yuma had been picked up as a weekly show, maybe it would have been.)  Yuma has to set up the premise for a potential show and tell a complete story in just 70 minutes.  That’s a lot to handle and Yuma ends up feeling rushed and incomplete.

As a B-western for undemanding fans of the genre, it’s acceptable.  Clint Walker was a convincing lawman and the film was directed by Ted Post, who knew how to stage a gunfight.  But it’s not really a western that you’re going to remember for long after you watch it.

121 years ago today, the master of suspense, Alfred Hitchcock, was born!

In honor of the most influential director all time, here are…. 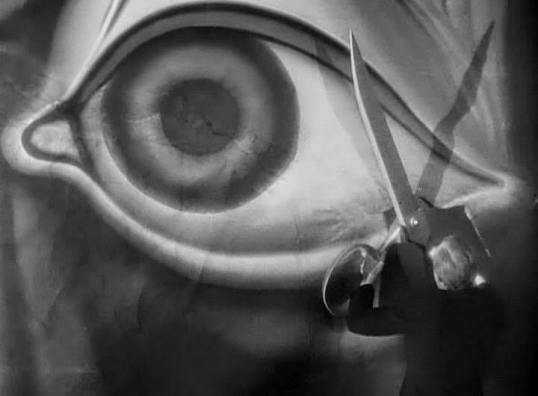 
If you’re driving though the desert, you might as well sing.