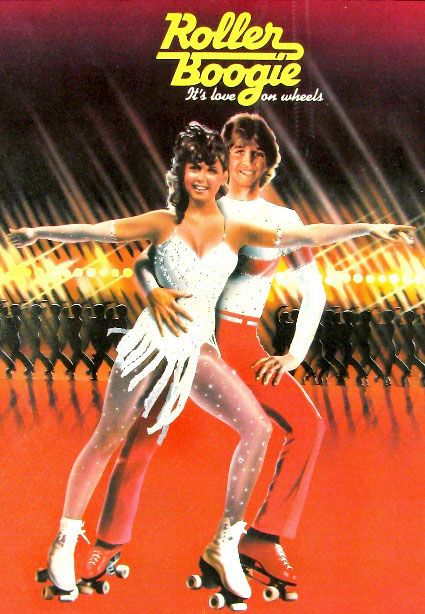 Now, of course, the first film that probably comes to mind when you hear the name “Linda Blair” is The Exorcist and that makes sense.  After all, it’s probably the best film in which Blair ever appeared.  Blair even received an Oscar nomination for playing the demonically possessed Regan MacNeil and for convincingly vomiting all over Jason Miller and Max von Sydow. If not for the fact that Mercedes McCambridge provided the voice of the demon, Blair probably would have won that Oscar as well.  Instead, the Oscar went to Tatum O’Neal.

Blair’s gone on to have an active career, though none of her subsequent films ever proven to be as popular with critics or audiences as The Exorcist.  In fact, the majority of her films have been received rather dismissively by the critics.  Of course, Blair’s subsequent films haven’t exactly been in the type of genres that are usually embraced by the critics.  Instead, Linda Blair appeared in several women-in-prison films.  She also appeared in several vigilante films, including Savage Streets.  She did several low-budget horror movies, like the classic Hell Night.  Blair also appeared in two bad-but-kind-of-fun sequels, Airport 1975 and Exorcist II: The Heretic.  (Airport 1975 features Linda Blair as the most perky seriously ill person ever.  Exorcist II, of course, featured Blair trying to keep a street face.)

And here’s the thing — the movies may have occasionally been bad but Linda Blair always kicked ass. In fact, she often literally did just that.  At her best, Blair was the type of exploitation heroine who would kick the bad guy in the balls and then taunt him for crying about it afterwards.  And good for her!

Now admittedly, today’s scene of the day does not feature Linda Blair kicking anyone or exacting violent revenge on the patriarchy.  But no matter.  The 1979 film Roller Boogie is a lot of fun, precisely because it’s a mix of disco, roller skating, and the mob.  Linda Blair and Jim Bray have to protect their favorite skating rink from the mafia.  They also have to win the annual Boogie contest.  Needless to say, that’s a lot to deal with but if anyone can handle it, it’s Linda Blair.

“It’s love on wheels!” the posters proclaimed, presumably because Skatetown U.S.A. was already using, “It’s the greatest story that ever rolled.”  Roller Boogie is a thoroughly silly movie and, not surprisingly, it’s also a very 70s movie.  Every single moment of the film screams out, “1979!”  You know how Saturday Night Fever used the disco scene as the backdrop for a rather melancholy story about a young person struggling to grow up and become a better person? Well, Roller Boogie‘s not like that at all but it does feature a lot of disco and a lot of skating and how can you go wrong with that?

Anyway, here is today’s scene that I love.  Here are Linda Blair and Jim Bray competing for the top prize in Roller Boogie!

One response to “Scene That I Love: Linda Blair and Jim Bray’s Roller Skate Routine From Roller Boogie”