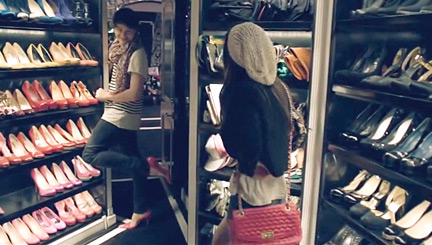 The Bling Ring was one of the more divisive films of 2013.  As often seems to happen with the work of Sofia Coppola, viewers either loved it as a stylish look at America’s self-destructive love affair with fame or else they felt that it was a shallow celebration of the very lifestyle that it claimed to be satirizing.  Personally, I felt it was both, which is one reason why I enjoyed The Bling Ring.

The Bling Ring is based on the true story of a bunch of California teenagers who made headlines by breaking into the mansions of their idols.  Over the course of several months, they burglarized everyone from Paris Hilton to Lindsay Lohan to Orlando Bloom.  While they may have been smart enough to use social media to discover when their targets would be out of town, they weren’t smart enough to not use social media to brag about their crimes.  Eventually, they were arrested and, for a brief period of time, they were as famous as the people they robbed.  One of them even got her own reality show out of the whole thing.  I watched an episode or two.  It wasn’t very good.

Though the names have been changed, Coppola pretty much tells the story as it happened.  New kid in school Marc (Israel Broussard) meets Rebecca (Kate Chang), who is obsessed with celebrities.  Rebecca is also something of an obsessive thief and soon, she and Marc are breaking into the houses of their rich neighbors and acquaintances, stealing money, and going on shopping sprees.  Their thievery allows them to leave a lifestyle where every day is just another makeover montage from a romantic comedy.  Eventually, they are joined by Nicki (Emma Watson), Sam (Taissa Farmiga), and Chloe (Claire Julien).

One thing that quickly becomes clear is that the members of the Bling Ring are not exactly the smartest group of thieves around.  Along with getting increasingly reckless while committing their crimes, they also make the mistake of showing off stolen jewelry at parties and posting pictures of Facebook.  When the police eventually do track them down, Marc is a convenient scapegoat, Rebecca is hiding out in Las Vegas with her father, and Nicki becomes a minor celebrity as she and her mother exploit her newfound notoriety for all the publicity that they can get.

I liked The Bling Ring.  It’s stylish, all of the actors look good and they’re all wearing beautiful outfits, and I loved seeing all of the houses that they broke into.  (Some of the film was shot in the actual residences that were burglarized.)  On the one hand, it doesn’t really dig too deeply into the nature of fame in America but, on the other hand, does it really need to?  We all know the culture that we live in and, at its best, The Bling Ring forces us to ask whether we would rather be one of the people on the outside looking in or if we would want to be one of the people who broke in by any means necessary.

Add to that, it has a great soundtrack!

(Now, as I said, not everyone agrees with me about The Bling Ring.  For an opposite reaction to The Bling Ring, check out Ryan The Trash Film Guru’s review.) 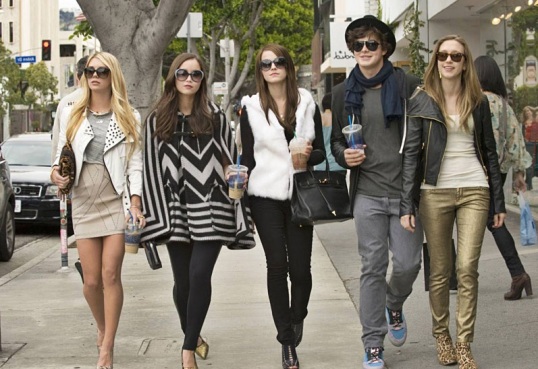