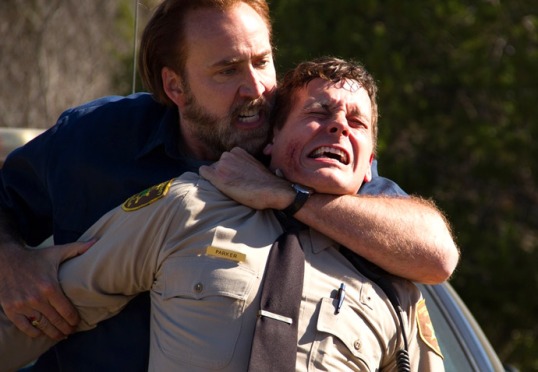 A lot of people have given up on Nicolas Cage.  I’m not one of them but I can understand the sentiment.  After all, it was hard not to feel a bit frustrated watching an obviously talented actor continually give performances in films that were so obviously beneath his ability.  For every Bad Lieutenant: Port of Call New Orleans, there seemed to be a dozen generic action films in which Cage seemed to be mostly concerned with positioning himself to get a supporting role in the next Expendables film.  To many viewers, the conventional wisdom seemed to be that Nicolas Cage just didn’t care anymore.

Well, for everyone out there who has given up on Nicolas Cage, I recommend that you make the effort to track down and watch a film called Joe. 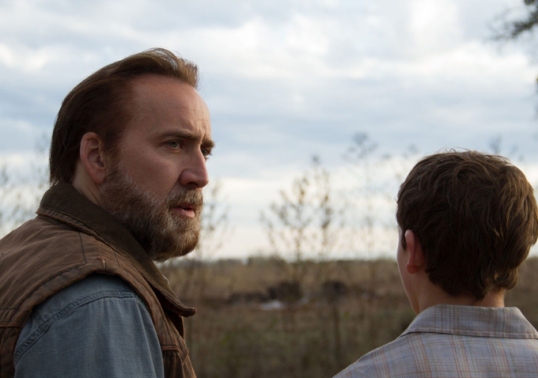 Cage plays Joe Ransom, an ex-con who is struggling to stay out of trouble.  As the film quickly makes clear, that’s not always easy in Joe’s case.  Joe is in alcoholic with a quick temper and a thing for prostitutes.  He’s been arrested enough times that he’s on a first name basis with every single cop in the backwoods Southern town that he calls home.  Interestingly enough, the film doesn’t go into the details of Joe’s past.  Even when he explains how he ended up in prison in the first place, both the script and Cage’s performance gives us reason to believe that he might be lying.  In many ways, Joe remains an enigma throughout the entire film but Cage gives a performance of such power and focus that we feel like we know who the character is even if we don’t always fully understand him.  One need only look at Cage’s haunted expression or watch the brilliantly acted scene where a drunk Joe searches for his dog to understand both the character’s demons and his heart.

Joe is in charge of a group of laborers who, under the direction of the local lumber company, spend their days poisoning old trees and planting news ones in their place.  As the film makes clear, Joe may be a fuckup in his personal life but “professionally,” he’s a hard worker and a good boss.  When Joe hangs out with the members of his work crew (all of whom are played by nonactors, which brings a good deal of authenticity to the film), he’s confident and responsible in a way that he can never be in the “real” world.

When 15 year-old Gary (Tye Sheridan) and his alcoholic father Wade (Gary Poulter) join the crew, Joe starts to find it difficult to maintain his usual detached attitude.  Despite his attempts to remain aloof, Joe becomes a bit of a mentor towards Gary.  Once he discovers that the alcoholic Wade is both beating his son and prostituting his daughter, Joe is forced to take matters into his own hands. 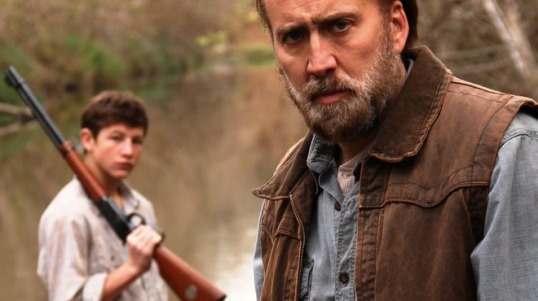 As good as Nicolas Cage is, the rest of the cast deserves a lot of credit as well.  Gary Poulter turns Wade into a pathetic but frightening monster, a man who shows hints of his former humanity even while doing some truly disturbing and viscous things.  Wade is a terrifying villain because he’s real.  When, halfway through the film, Wade commits one of those most shocking (and pointless) acts of violence that I’ve ever seen, it’s effective because we all know that there are countless real-life Wades out there right now.  Gary Poulter, himself, was a homeless street performer who was recruited off the streets of Austin.  He made his film debut in Joe and sadly, he died before the film was released.  Those who assume that Poulter was just playing himself are doing both him and the film a great disservice.  Regardless of how much his background may or may not have mirrored Wade’s, it takes genuine talent to give a performance as effective and thought-provoking as Gary Poulter’s work in Joe.

Joe was directed by David Gordon Green, who comes from my hometown and who obviously has a feel for and an understanding for the type of rural community that most film directors either ignore or treat with the usual yankee combination of condescension, fear, and loathing.  As directed by Green, Joe is a moody and atmospheric southern character study.  It’s also one of the best films of 2014 so far. 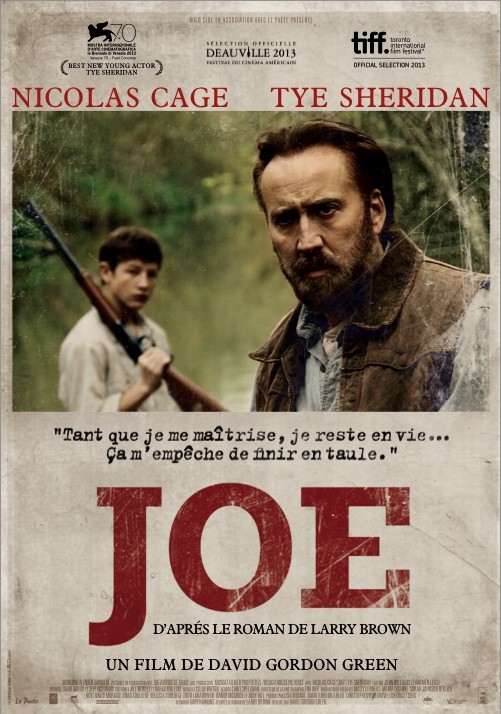 (Interestingly enough, this is actually the 2nd film called Joe that I’ve reviewed for this site.  You can read my review of the 1970 Joe by clicking here.)