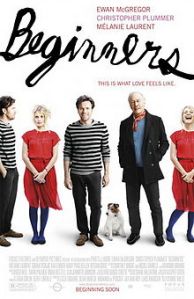 Beginners opened with a lot of critical hype earlier this year and, though it’s not quite as great as it’s being made out to be, it still deserved the majority of that praise.  At the very least, I retain better memories of Beginners than I do this summer’s other similarly hyped film, A Better Life.  Ewan McGregor is an artist who struggles to come terms with the death of his gay father (Christopher Plummer) while falling in love with a French actress (Melanie Laurent).  The autobiographical film effortlessly shifts from flashbacks to Plummer’s life in-and-out of the closet to McGregor’s relationship with Laurent and the end result is a meditation on love, secrets, and life.  Most of the pre-release buzz dealt with Plummer’s performance but, honestly, Plummer is good but you never forget you’re watching Christopher Plummer and Goran Visnjic, who plays Plummer’s boyfriend, overacts.  The film really belongs to Ewan McGregor who gives one of his best performances in this film.  Seriously, does any actor fall in love as wonderfully as Ewan McGregor? 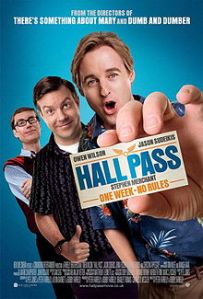 Best friends Owen Wilson and Jason Sudekis are given a “hall pass” (i.e., permission to cheat) by their spouses (Jenna Fischer and Cristina Applegate).  The film’s forgettable but seriously, guys, don’t go asking us for a hall pass, okay?  One interesting point is that this film was co-written by the guy who won the first season of Project Greenlight.  Remember that show?

Jason Sudekis also appeared in another comedy this year and if Hall Pass is one of the year’s most forgettable comedies, than Horrible Bosses is one of the best.  Basically Jason Bateman, Charlie Day, and Sudekis are stuck working for horrible bosses (played by Kevin Spacey, Colin Farrell, and Jennifer Aniston) and they decide that the only way to handle the situation is to commit mass murder.  There’s a lot I could say about this film but chances are, you’ve already seen it.  Therefore, you already know that this is a rare dark comedy that actually has the guts to be truly dark.  You also know that the entire cast brings an almost heroic sincerity to their often bizarre roles with Charlie Day’s misunderstood sex offender as an obvious stand-out.  Probably the best advice that I can give in this review is to enjoy and appreciate this film while you can before the inevitable sequel comes out and screws up all these good memories. 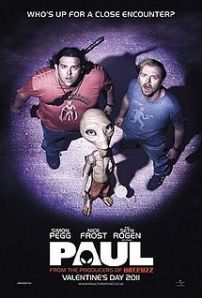 I didn’t see Paul when it was first released in theaters because the trailer really made it look kinda awful.  However, I did eventually give it a shot OnDemand and I was pleasantly surprised.  Two English sci-fi fanboys (played by Simon Pegg and Nick Frost) are taking a road trip to visit all of the major UFO sites in the U.S.  This leads to them meeting an alien named Paul (voiced by Seth Rogen) who is being pursued by the typical guys in black suits.  Anyway, this is a predictable film and the balance between the serious and comedic is often a bit awkward.  However, it’s still a likable film and how can’t you enjoy watching Pegg and Frost?  They can make even the lamest of jokes hilarious.  Kristen Wiig steals the film as a fundamentalist who, upon being enlightened about the nature of the universe by Paul, embraces blasphemy with endearing enthusiasm.

No, I did not force Jeff to take me to see this when it was first released in theaters back in April.  I tried, mostly be saying things like, “Wow, Prom looks like it would be a funny movie to see and spend the whole time making mean jokes about and making all the little tweens in the audience cry…” but he saw through my ruse and, if memory serves me correct, I ended up seeing the second worst film of 2011 (a.k.a. The Conspirator) instead.  Anyway, I ended up seeing Prom OnDemand last month and it’s not really that bad.  It’s not good either.  It’s just kinda there.  In other words, Prom is incredibly meh and that’s one thing prom night should never be.  (I loved my proms, by the way, and, whenever things seem overwhelming, I often think to myself, “If only every night could be Prom Night…”)  Prom is forgettable and inoffensive but come on, tweens deserve better films.  They are the future, after all.

Terri made me cry and cry and was one of my favorite movies of the summer.  It’s a surprisingly poignant film that worked wonders with material that, at first glance, seemed awfully conventional.  Terri (played by Jacob Wysocki) is a sensitive, obese teenager who is taken under the wing of an unconventional assistant principal (John C. Reilly).  It’s a familiar story but director Azazel Jacobs tells this story with care and sensitivity and Wysocki and Reilly bring their characters to life with such skill that you can’t help but get caught up in their story.  Terri’s loving but senile uncle is played by Creed Bratton, who proves here that he’s capable of doing a lot more than just parodying himself on The Office.  When I went to this movie, two old women sitting behind me went, “Awwww!” at a scene where Wysocki spontaneously hugs Reilly.  The film earns the sentiment.

Most of these films are available via OnDemand or are currently available on DVD.  Horrible Bosses and Terri are scheduled to be released in October while Beginners will come out in November.