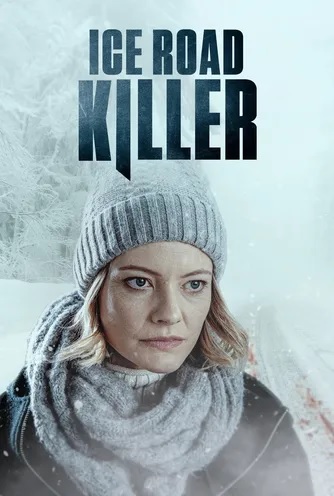 It had been a while since I had last watched a Lifetime movie and, with this year soon to come to a close, I figured that last night would be a good time to start catching up.

While on her way to pick up her daughter from college, Helen (Sarah Allen) nearly runs over a young woman named Carly (Zoe Belkin).  Carly claims that she’s stranded.  Because the roads are icy and a heavy snow is falling, Helen agrees to give Carly a ride to wherever Carly is going.  Needless to say, Helen’s daughter, Lauren (Erica Anderson), is not amused.

For a Lifetime film, Ice Road Killer had some effectively scary moments and some creepy locations.  (The motel where Helen, Lauren, and Carly initially attempted to spend the night was memorably run-down and it brought back some memories of my own childhood road trips.)  The ice, the snow, and the howling wind all added up to create an otherworldly atmosphere and Christopher Guglick’s original score was appropriately ominous.

Michael Swatton was wonderfully creepy as the psycho trucker.

A huge issue that I had was that Carly and Boyd’s robbery scheme never made sense to me.  Instead of just robbing Helen when she first stopped to pick up Carly, Boyd instead followed behind Helen and Carly while they drove down the icy road.  If you’re going to rob a random driver, it seems like it would make more sense to just do it and make a run for it instead of dragging it all out.

Another issue that I had was with the idea that anyone, in the year 2022, would actually pick up a hitchhiker, especially someone like Helen who had reason to not trust people in general.  I get that the weather was bad but still, it seems like a stretch that Helen would give Carly a ride, arrange for Carly to spend the night in a motel with Helen and her daughter, and then leave Carly — a total stranger — alone with the $500 that Helen could not afford to lose.

You always have to be willing to suspend your disbelief when it comes to Lifetime films, that’s usually a part of the fun.  This film just asked you to suspend it even more than usual.

I am a fairly compassionate person and I do believe in helping those in need but there’s no way in Hell that I would ever pick up a hitchhiker, regardless of how bad the weather conditions are.  If I see a person stranded on the side of the road, I might feel bad for them but I’m still not going to let them get in my car.  I might encourage someone driving behind me to pick them up but I’ve seen too many horror films to make that mistake myself.  So, I couldn’t relate to that part of the film.

However, I also don’t drive well in cold weather.  When Helen ran her car off the icy road and nearly ran over Carly, I could totally relate to that.

Don’t pick up hitchhikers and by nice to truck drivers!