Welcome to Retro Television Reviews, a feature where we review some of our favorite and least favorite shows of the past!  On Thursdays, I will be reviewing City Guys, which ran on NBC from 1997 to 2001.  The entire show is currently streaming on Tubi! 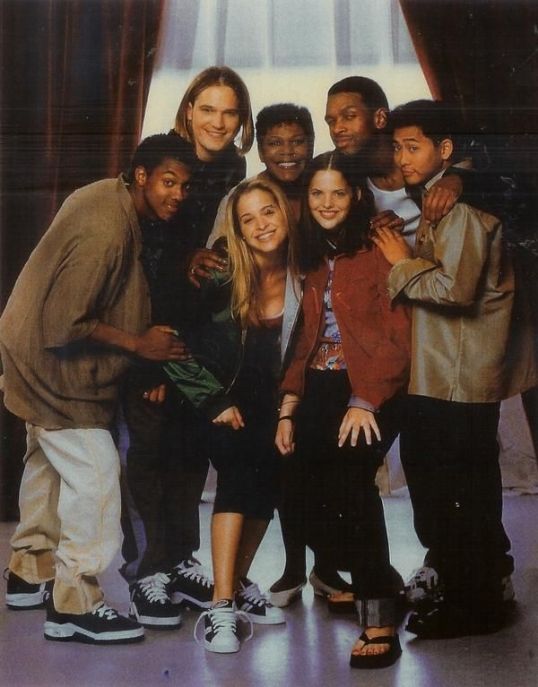 What’s happening with the neat guys?  Let’s find out.

Welcome to Manny High!  Check out how convoluted this mess is.

Homecoming is approaching and Ms. Nobel tells her students that she will not be happy if she catches any of them playing a prank against Manny’s rival, George Washington High.  Chris and Jamal decide that this means that they can pull a prank as long as Ms. Nobel doesn’t notice.  So, somehow, they steal a gigantic, heavy, stone statue of George Washington from Washington High and they bring it to Manny High.  Now, setting aside the issue of how they managed to steal the statue, why would they bring it back to Manny High?  I mean, the whole idea is to keep Ms. Nobel from finding out about the prank.

Anyway, Ms. Nobel sees the statue and cancels the Homecoming dance and announces that no Manny High students, outside of the football team, will be allowed to attend the Homecoming game.  On their radio show, Chris and Jamal announce that everyone is going to skip class and go up to the roof and play football.  (How do they still have this show?  Are school-sponsored radio shows allowed to promote skipping class?)  Nobel is so upset to see everyone on the roof that she quits.  As she explains it, she has never — in her 15 years of being the sole authority figure at a tough inner city school — been treated disrespectfully before.

Meanwhile, because this is a Thanksgiving episode, Cassidy and Dawn build a big paper-mache turkey for homecoming.  But then L-Train and Al accidentally break off the turkey’s head.  Rather than admit that it was their fault, they allow Cassidy and Dawn to fight over who was responsible.  This is the sort of thing that Ms. Nobel would usually handle but Ms. Nobel is gone now and the new principal, Mr. Brown, doesn’t care. 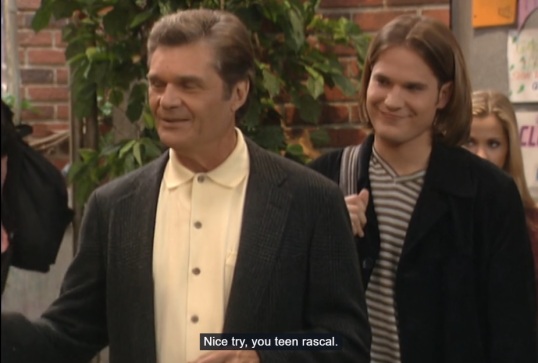 Yes, that Fred Willard.  I guess Christopher Guest wasn’t making a movie at the time so Fred was free to hop over to the City Guys set and play Mr. Brown.  Mr. Brown is supposed to be a clueless and insensitive buffoon who doesn’t really care about the students but he’s played by Fred Willard so it’s impossible to dislike him.  When Ms. Nobel eventually changes her mind and tells Mr. Brown to get off her campus, the audience applauds but the viewers are like, “No!  We like Fred Willard!”

That said, I do have to wonder how Ms. Nobel could quit her job and then just change her mind a few days later without it being a big deal.  She just walks into the school, announces that she’s back, and she tells Mr. Brown to leave.  Does the School Board have any say in this?

On the one hand, this was a dumb episode.

On the other hand …. Fred Willard!

Despite using the broadcast to promote civil unrest, Chris and Jamal still have their radio show.  When they get a call from a girl who asks whether or not she should dump her boyfriend, Jamal says sure.  Uh-oh, the boyfriend was Al!  And now, his ex-girlfriend wants to date Jamal!  “You broke the code!” Ms. Nobel announces, showing that even she understands dude clichés.

This was a dumb episode but I did find it funny that Al, who usually portrayed as being a goofy sidekick, was apparently planning on killing his ex’s new boyfriend at one point and he even had a group of informants who were willing to help him out with his plans.  This show could never quite decide just how dangerous Manny High was actually supposed to be. 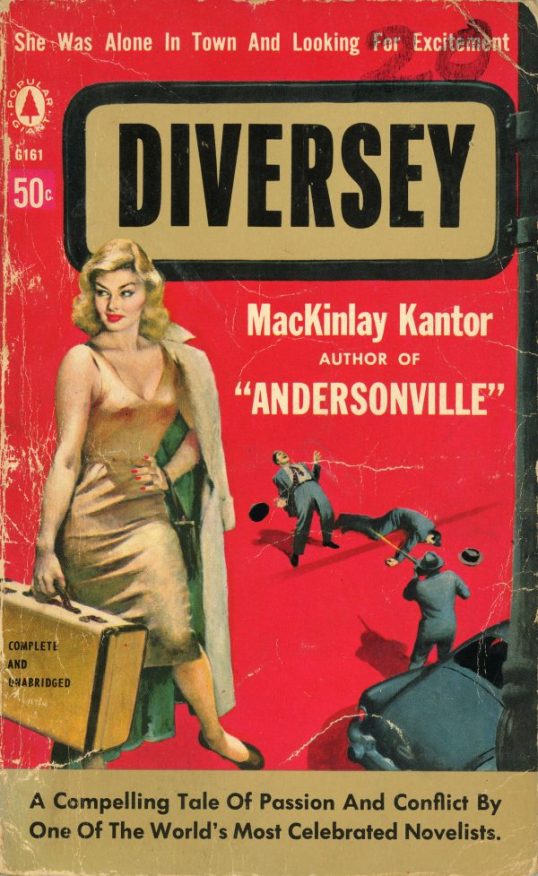 This exciting cover is from 1956.  It was done by Raymond Johnson, whose work has been featured here in the past and will continue to be featured in the future.


Let’s hang out with Mel C in Ibiza!

This song is used in Bend It Like Beckham, which is one of my favorite movies.  According to Wikipedia, this song is also featured in Viva Forever!, a musical based on the songs of the Spice Girls.  There’s a Spice Girls stage musical?  Why didn’t I know this?