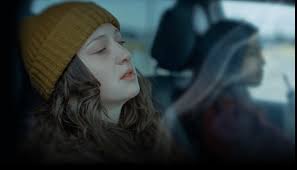 What is the price of fitting in?

Well, according to this Lifetime film, the price is getting hooked on synthetic marijuana, losing a scholarship to the best school for STEM in the country, and disappointing your mother.  That last one has got to be the worst part of it all.  I remember when I first started college, I would occasionally pop a handful of Dexedrine in the morning and then stay up for four days straight.  It was fun at the time but I always felt terrible whenever I would go home for the weekend and see my mom.  In fact, the main reason why I eventually stopped doing that wasn’t because it was messing with my health (though staying up for four days straight when you have asthma isn’t something I would necessarily recommend) but because I didn’t want my mom to blame herself if I ended up killing myself after falling asleep while driving.

Now, me, I experimented with drugs because I was curious and I thought that I might have an interesting experience or two.  Charlie Cunningham (played by Elizabeth Adams) uses drugs because she’s under too much pressure.  Her parents have just gotten an acrimonious divorce.  Her father is always breaking his promises to her.  Her mother, Amber (Lora Burke) is always working and is overprotective of Charlie.  Charlie wants to pursue a career in STEM and she’s had trouble with pills in the past.  (It’s implied that it all started at “STEMP camp,” which makes sense since that sounds like the most boring camp on the planet.)

When Charlie enrolls at a new school, Amber is hoping that it will be a new start for her.  However, no sooner has Charlie gotten involved with her new school’s robotics club than she finds herself tempted back into her old ways.  Her fellow teammates insist that synthetic marijuana is the best way to take the edge off and, of course, it’s totally legal!  Soon, Charlie is buying so much that even the clerk at the local weed shop is giving her the side eye.  However, it turns out that synthetic marijuana is linked to all sorts of bad stuff and soon, Charlie is losing interest in school, screwing up at robotics club, and passing out in alleys!

I’m probably making the film sound a bit more overdramatic and campy than it is.  Though it’s hard not to notice that every bad thing that can happen does happen as far as Charlie’s drug use is concerned, the film never quite veers into Reefer Madness or “No Hope With Dope” territory.  Lora Burke and Elizabeth Adams are well-cast as mother and daughter and both of them gave sincere and grounded performances, which kept the film from going totally over the top.

That said, the most interesting thing about the film was not Charlie’s use of drugs but instead the character of Andrew Fell (Nick Smyth), the sleazy high school guidance counselor who, upon discovering that Charlie is again using, proceeds to use that information to manipulate, control, and blackmail her.  Everyone has met someone like Andrew Fell.  They’re the people who claim to care about you but who ultimately go out of their way to keep you weak and dependent.  Smyth did a wonderful job bringing the character to loathsome life.  Every time he popped up and told Charlie that he was worried about her or threatened to call her mother about his concerns, my skin crawled.  Though the film may have primarily been concerned with drug abuse, it was a better portrait of how people in positions of authority will often abuse the power and trust that comes with it.

The Price of Fitting In is a bit of a misleading title, as Charlie never quite fits in no matter what she does.  Still, it’s an improvement on the film’s original title, Trouble in Suburbia.  I’ve often complained about Lifetime’s habit of renaming films but, in this case, they made the right choice.

3 responses to “Cleaning Out The DVR: The Price of Fitting In (dir by Alpha Nicky Mulowa)”