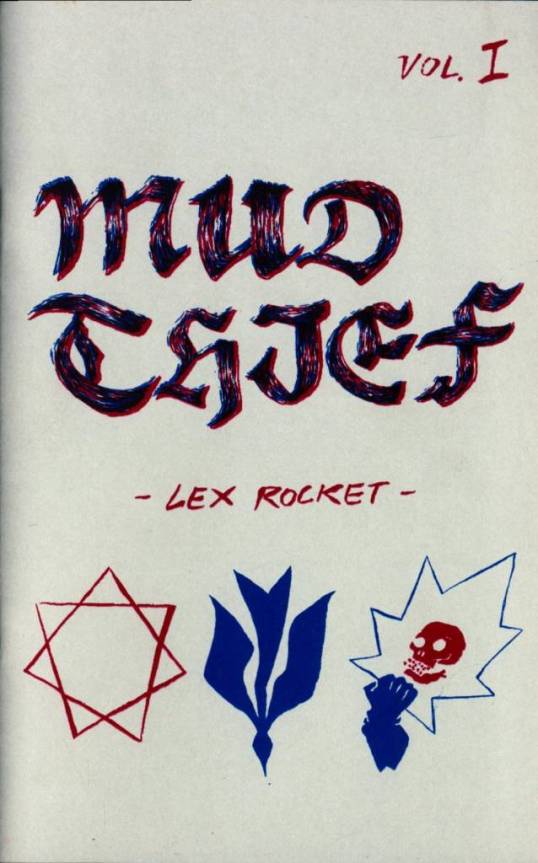 Originally conceived of and published back in 2015 but only recently making the rounds through some of the better “alternative” distros now, cartoonist Lex Rocket’s sturdy, riso-printed (although the cover may be offset?) mini, Mud Thief  Vol. 1, is at first glance an exercise in strict formalism, apportioned into three roughly equal-length segments — and while that’s not an inaccurate perception, it only scratches the surface. And if there’s one thing the erstwhile Mr. Rocket has crafted here, it’s a ‘zine of tremendous depth and complexity.

About the only thing I can think to compare it to is the early-days Chris Ware strip “I Guess” that ran in Volume 2, issue 3 of Art Spiegelman’s Raw, but even that head-to-head comes up short given that Ware was juxtaposing non-congruent, and trauma-based, text with deliberately-ironic superhero visuals, while Rocket is engaged in nothing so straightforward. Yeah, that’s right… 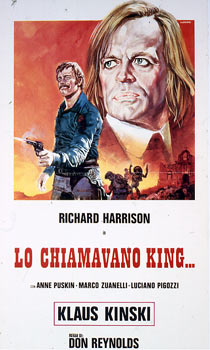 During the dying days of the old west, John Marley (Richard Harrison) is the bounty hunter that they call King.  When King is hired to bring in the Benson brothers, who are thought to the head of a smuggling ring, he kills one of the brothers.  The gang takes revenge by tracking down and killing King’s brother and then raping his brother’s wife.  Now, King is the one who wants revenge.

Fortunately, the Sheriff, Brian Foster (Klaus Kinski), is an old friend of King’s and seems to be willing to give him the freedom necessary to get his vengeance.  What King doesn’t know is that Foster himself is the head of the smuggling ring and he has plans of his own.

His Name Was King is a short Spaghetti Western.  The version that I saw, which was poorly dubbed into English, only had a running time of 75 minutes.  Since most sources state that His Name Was King has a 90-minute running time, I can only assume that 15 minutes must have been edited out for the American release.  This was often done when Spaghetti Westerns were released in the U.S.  Unfortunately, it makes the plot to His Name Was King feel incoherent and I’m going to guess that the poor editing job is why Klaus Kinski was only in a few minutes of the version that I saw.  It’s unfortunate because, with Richard Harrison sleepwalking through his role, Kinski’s sinister turn was the best thing in the film.

His Name Was King does have a wonderful score from Luis Bacalov but it’s otherwise, in its edited form at least, for Spaghetti Western completists only. 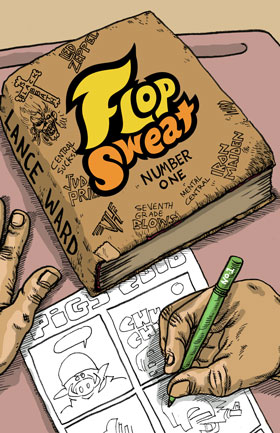 For his third release from Birdcage Bottom Books in under a year, Twin Cities cartoonist Lance Ward is once again going the autobio/memoir route, but taking more of a “long view” than he did with his tightly-focused graphic novel Blood And Drugs and it short companion/epilogue publication, The Truth Behind Blood And Drugs. Specifically, he’s going back to his childhood, beginning his ruminations at age 11 when he lived with his soon-to-splintered family in the soul-dead “exurb” of Forest Lake, Minnesota — a place that, trust me, anyone is lucky to make it out of in one piece, mentally speaking.

It’s debatable whether or not Ward managed to actually do that, of course, although he seems stable, amicable, and definitely on a creative “hot streak” in recent months, a fact for which we should all be grateful — but getting to “here” from “there” has been no easy task… 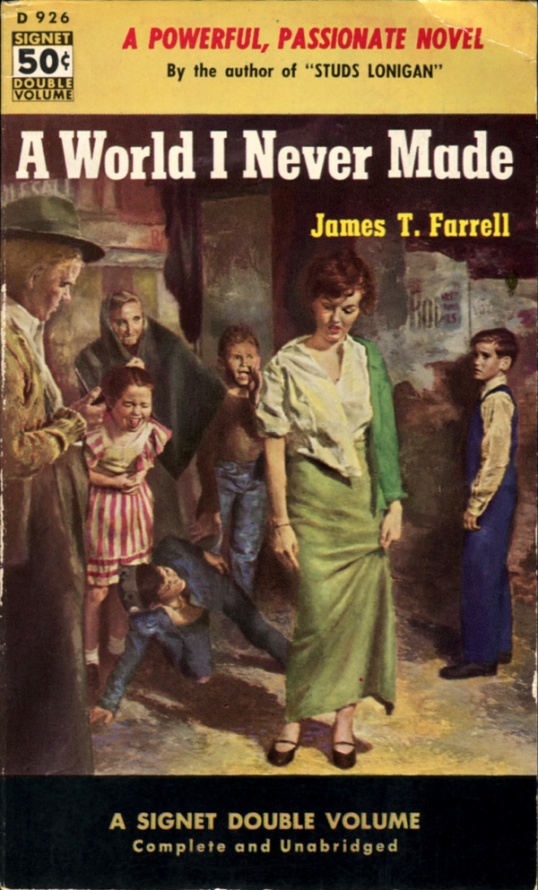 
Needless to say, this video is meant to serve as a tribute to Blue Velvet, Twin Peaks, David Lynch, and Julee Cruise.