Sacramento (Michael Forest) is an amiable and laid back Western outlaw who can barely ride his horse and who drifts from town to town.  When he arrives at a local saloon, he meets Big Jim (Fred Harrison) who ridicules Sacramento for only ordering a glass of milk.  What Big Jim doesn’t know is that the milk is Sacramento’s house.  After Sacramento returns, accepts a whiskey-drinking challenge, and proceeds to drink Big Jim under the table, an unlikely partnership is born.

Since it’s the old west and there’s nothing better to do, Sacramento, Big Jim, and Big Jim’s father, Old Tequila (Luigi Bonos), hold up a train and get away with a fortune.  By doing so, they thwart the schemes of an evil banker was planning on robbing the train himself in order to prevent the money from getting to a town of women who the banker wants to evict.  With the banker’s men pursuing them, Sacramento, Big Jim, and Tequila all end up in the town where Sacramento falls in love with the town’s mayor, Jenny McKinley (Malisa Longo).

Now They Call Him Sacramento is an amiable Spanish-made Spaghetti western.  It’s a comedy, one that was obviously based on the very popular series of Italian films that starred Terence Hill and Bud Spencer.  Michael Forest plays the Hill role while Fred Harrison steps into the typical Spencer part.  While Forest and Harrison may not have as strong of a humorous chemistry as Hill and Spencer, they’re still likable in their roles and Forest, in particular, scores just enough laughs to keep the movie entertaining.  (Just watch him trying to get on his horse.)  Now They Call Him Sacramento may be predictable but, like it’s title character, it’s an amiable and likable comedy and the climatic fight scene — in which a fistfight escalates into the entire town has been destroyed — is a minor classic.

Today would have been Edie Sedgwick’s 77th birthday.  Unfortunately, she died under tragic circumstances in 1971, after having briefly found fame as a model, a “youthquaker” (as some in the media called her), an actress, and Andy Warhol’s muse.  Her tragic life is often held up as a cautionary tale and perhaps it is.  For all of her talent and her appeal (not to mention that sharp wit that made her an outsider in the 60 but which would have made her a fascinating interview subject in 2020), Edie was far too often exploited by those who should have been protecting her.  She was too beautiful not to be famous but, at the same time, too sensitive not be hurt by the experience.  She’s truly a tragic figure but, because she also epitomizes everything that the New York underground art scene in the 60s represents in the popular imagination, she’s also an inspiring one.  Edie lives forever as a symbol and a muse.  Personally, I’ve been fascinated by her life for as long as I can remember.

In honor of Edie’s birthday, here are: 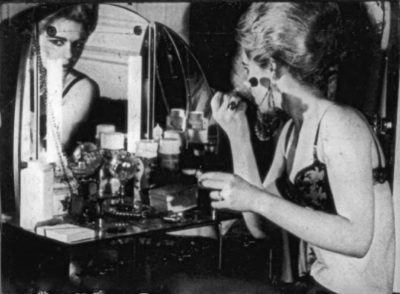