After making his feature film directorial debut with the well-made but somewhat predictable Signs of Life in 1968, Werner Herzog followed up with two of his most unconventional films to date, 1970’s Even Dwarfs Started Small and 1971’s Fata Morgana.

I watched Even Dwarfs Started Small a few days ago and it was …. well, I’m not really sure what it was.  This is one of Herzog’s more enigmatic films.  It’s easy to imagine that the film has some incredibly deep meaning.  It’s also just as easy to imagine that the film was Herzog playing an elaborate practical joke on everyone who thought they were going to see another low-key film like Signs of Life.

The film takes place in an institution of some sort.  It’s implied that it’s a prison but it could just as easily be a mental hospital.  Everyone in the film is a little person.  The inmates are apparently rebelling against the warden.  While the warden sits in his office and waits for some sort of help to arrive, the inmates run around the grounds of the asylum and break things.  A van ends up driving in circles with no one at the wheel.  Chickens get into fights.  Piglets suckle on their dead mother.  (We don’t actually see the inmates kill any animals but there’s still a lot of very uncomfortable references to animal cruelty.)  Two blind inmates are taunted by the others.  We’re never really sure who anyone is or why they’re in the institution.  All we know is that their society appears to be crumbling and there’s no help on the way. 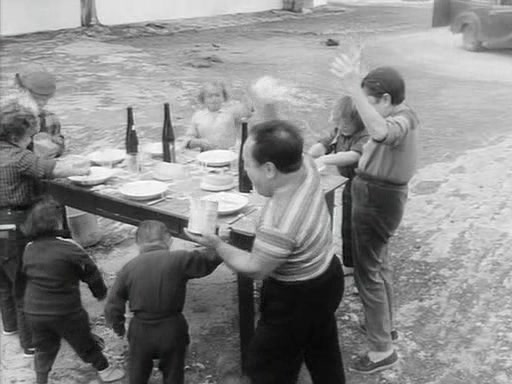 It’s not a very pleasant movie to watch, though I do understand that it has its devoted fans.  (Director Harmony Korine has called it the greatest movie ever made because of course he would.)  You probably already guessed that my feelings about the film are mixed.  On the one hand, it was a very unpleasant viewing experience.  On the other hand, I do respect any artist who sticks to his vision, regardless of the risk of alienating his audience.  Herzog presents a portrait of Hell in Even Dwarfs Started Small and he doesn’t waver from it so I have to give him credit for that.

Incidentally, the smallest inmate is named Hombre.  He laughs nonstop through the entire film.  I have never more wanted to see a random asteroid just fall from the sky and crush one character.

Even Dwarfs Started Small was such an unpleasant experience that, after I watched it, I nearly gave up on watching any more films that night.  But, the fact of the matter is that I love movies and I like Werner Herzog so I decided to follow-up Dwarfs by watching Herzog’s third film, Fata Morgana.  And I’m glad I did! 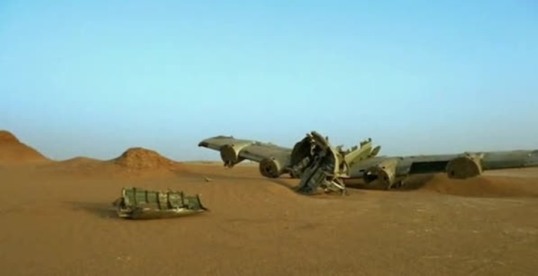 Admittedly, Fata Morgana has even less of a plot than Even Dwarfs Started Small.  For the most part, Fata Morgana is made up of long tracking shots of the Sahara Desert.  Herzog reportedly spent 13 months, off-and-on, shooting footage in Africa.  At the time, he didn’t have any plans for what he was going to do with the footage, beyond perhaps using it to tell a science fiction story about a dying planet.

Instead, Herzog edited the footage together in such a way that the viewers feel as if they’re being taken on a trip across the Sahara.  Though the early part of the film features a voice narrating the creation myth of the Mayan people, little context is provided for the starkly beautiful images that Herzog captured in Africa.  Instead, it’s left to the viewer to determine what it all means.

The end result is a fascinating film, one that leads you pondering life’s mysteries.  The combination of Herzog’s footage and the atmospheric musical score leaves you feeling less like a viewer and more like an explorer.  Fata Morgana is a film that makes you want to get out and explore every corner of the world for yourself.  It’s also a film that reminds us that, after we’re gone, all of our possessions and works will just be mysterious artifacts for future explorers, like an overturned car sitting in the middle of the desert.  It’s one of Herzog’s best.

After these two films, Herzog would direct one of the films for which he is best know, Aguirre, The Wrath of God, a masterpiece that was predicted by both the ominous beauty of Fata Morgana and the disturbing insanity of Even Dwarfs Started Small.

One response to “The International Lens: Even Dwarfs Started Small and Fata Morgana (dir by Werner Herzog)”