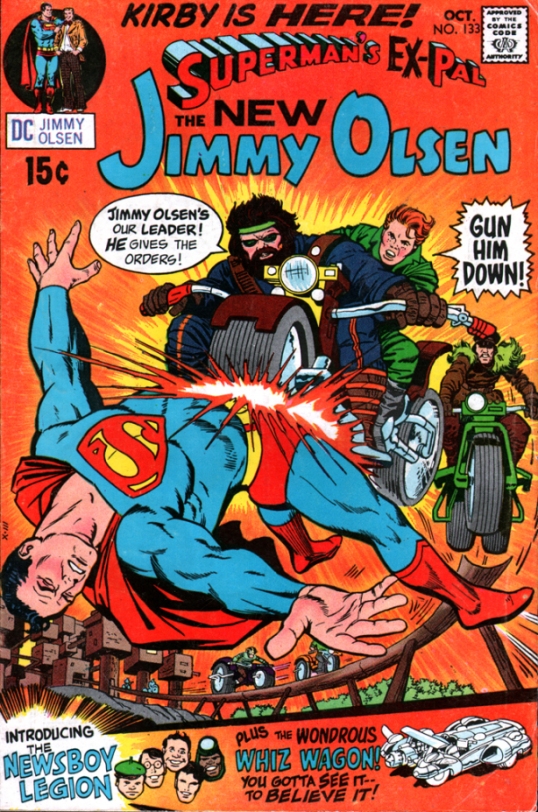 With the 100th birthday of the undisputed King Of Comics fast approaching, we’re taking an extended diversion from our “regularly scheduled” programming around these parts to talk all Jack Kirby, all month long (my usual Twin Peaks reviews notwithstanding). I’m open to changing things up “on the fly,” so to speak, but the rough plan goes as follows : I’m more or less “contractually obligated” to review all of DC’s forthcoming one-shot specials based on Kirby characters and concepts (a couple of which I actually have something approaching optimism for), and I’ll be taking a close look at Tom King and Mitch Gerads’ Mister Miracle #1, but the main “backbone” of our month-long celebration will be my appraisals of several of my all-time favorite Kirby comics — and where better to start than with the October, 1970 cover-dated Superman’s Pal Jimmy Olsen #133?

Oh, sure, there are more important entries…

Somewhere in New York, former heavyweight champion Mike Tyson stands on a stage, wearing a white suit and talking about his life.

Or, I should say, he talks about parts of his life.  Mike Tyson’s one-man show, which shared the name of his then-just published autobiography, was both insightful and frustrating.  Tyson spends a good deal of time on some topics while skipping over others entirely.  When Tyson talks about his difficult childhood and the experience of literally being adopted by the legendary Cus D’Amato, it provides a rare glimpse into the background of the man who, at his peak, was one of the most fearsome champions in the history of boxing.  When Tyson talks about his fights, especially his battles with Mitch Green, he is as engaging and charismatic as I have ever seen him.  In fact, there are times when Tyson came across as being so likable that I had to remind myself that Tyson is also a convicted rapist who, after returning to the ring, won a series of fights against weak opponents and then bit off Evander Holyfield’s ear.  I was disappointed that Tyson did not devote any time to discussing his fight with Peter McNeeley.  If Tyson has devoted two seconds to every second of the McNeeley fight, that still would have just taken up 3 minutes of screentime.  That’s less time than Iron Mike spent talking about Brad Pitt fucking Robin Givens or doing his Don King impersonation.

I had mixed feelings about Mike Tyson: Undisputed Truth, largely because I have mixed feelings about Mike Tyson himself.  When it comes to ranking the heavyweight champions, Mike Tyson is definitely a contender for the top spot.  That Tyson was a great boxer cannot be denied and when he throws a few punches during Undisputed Truth, he still looks he could get in the ring and win.  (At least he does until he has to stop to catch his breath.)  Tyson may not be the most articulate speaker but occasionally, he shows some hints that he is smarter than he is given credit for.  He also tells some truly terrible jokes.  Tyson was a great boxer but as a stand-up comedian, he leaves something to be desired.  At the same time, Tyson is open about his emotional and mental difficulties and his history of violence.  Every time I started to like Tyson too much, he would say something that would snap me back to reality.  No sooner had he won my sympathy by talking about how much the death of Cus D’Amato affected him than Tyson lost it by verbally attacking the woman that he was convicted of raping.   By the end of his one man show, Tyson represents both everything good and everything bad about boxing.  Boxing saved Tyson from the streets but it also thrust him into a world that he was not emotionally mature enough to handle.  Tyson was barely 20 years old when he became champion and, with Cus D’Amato having died a year before, Tyson no longer had anyone looking out for his interests and protecting him from those who wanted to take advantage of him.  Toss Don King into the mix and both Tyson’s rise and eventual fall feel predestined.

Undisputed Truth ends with Tyson declaring that he has finally found peace.  I hope he has. 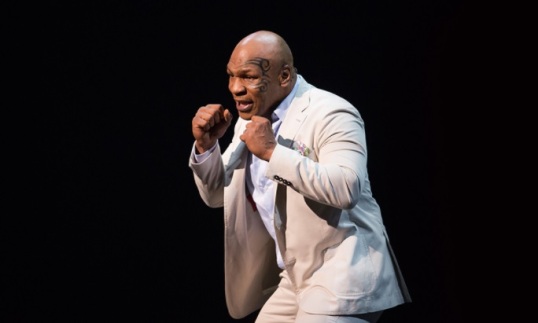 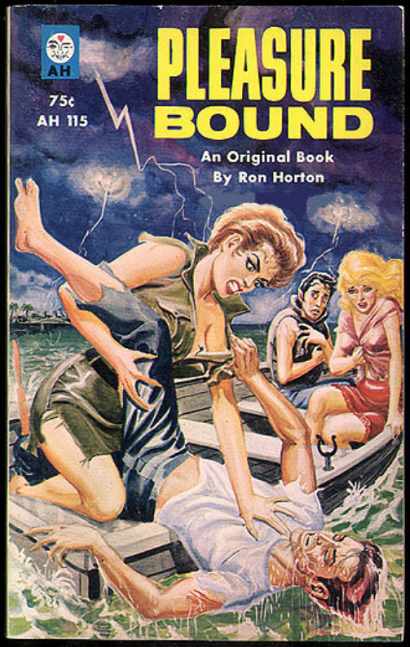 
I didn’t think there’d be much to say about this video other than that Mudhoney–much like Meat Puppets–are one of those groups that get brought up if you want to go further than just Nirvana and the other members of the Big Four. In fact, they go back to another group that is part of those bands that are important, but aren’t household names–Green River.

The only other thing I noticed was Krist Novoselic in the video. 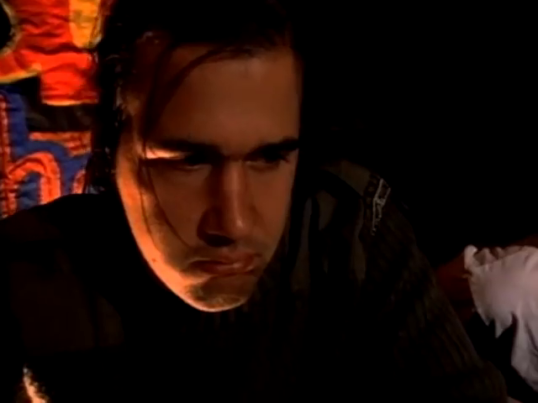 I wasn’t even sure when this video was done.

Then I came across an article over on the A.V. Club’s website. I can’t say I’m a fan of that particular article even if Sean O’Neal did seem to be writing in a style to mirror the video and career of the band–which I do appreciate. It did provide me with some useful information though. Most notably that this video wasn’t done in 1998 as the video would suggest, not only by it claiming to be celebrating 10 years of grunge, but by also looking like a video I would expect from that era by a band such as Mudhoney.

This was apparently done in 1992. It’s a joke. You’ve got the band playing at the Admiral Benbow Inn in Seattle. It has the commemorative posters, and the viewer can enjoy both the song and energy of the performance. But it’s sad. That shot of Novoselic above gets that across quite nicely.

I didn’t grow up on this particular song. But there is a song I did grow up on that sums up what I read in the aforementioned article concerning the band and this video–We Are Not Going To Make It by The Presidents Of The United States Of America.

I got the director from another posting of the video that was linked to from the Wikipedia article on their discography.

Peterson–like many music-video directors–is a photographer. His work has shown up in films such as 2015’s Cobain: Montage of Heck. Unfortunately, I can’t find any listings of music videos he’s done. He’s also written some books about the grunge scene. You can see some of his photographs on his website.

There’s one last thing I’d like to mention. Despite seeing the Sub Pop label all the time as a kid, I wouldn’t have recognized the founders of the label. Courtesy of the A.V. Club article, Bruce Pavitt is the one tending bar, and Jonathan Poneman is the one manning the door.