“Conner” (Dir Alex Kalymnios) is not a flashback as much as a flash-lateral. The previous episode had Jason Todd, a principle, falling to his death. Then, this episode dives right into a muscular naked guy with a dog. Yep, he’s Superboy and the Dog- Krypto and yes, if you talk to the dog he’ll go on and on about The Blockchain. It can be worse than if people do CrossFit and are vegan.

“Conner” introduces Superboy (Joshua Orpin). We get to relax and see some tragic comedy with him and Dr Eve Watson (Genevieve Angelson) play off one another for about an hour. We learn that Eve created Superboy- see what they did there?! Also, that he has the emotional maturity of child, strength of Superman, much of the knowledge and memories of Lex Luthor and Superman because is cloned from both of their DNA strands. As you do.

He ends up saving Jason Todd because why not? Joshua Orpin played well as Superboy and he is a new principal; so, we needed an origin story. I think it could’ve had some more action scenes. Orpin is very good at those and I’m looking forward to seeing him in more of the series. However, he did get hit by some kryptonite bullets; so, it might be short-lived.


Titans is a flashback HEAVY show. In fact, it goes along with my theory of the meaning of life, which you get to know here: https://unobtainium13.com/2021/04/03/ghosts-of-war/

Jason Todd has been captured, but why? Why is there a feud between Deathstroke and the Titans? What happened? Why didn’t Dick tell the new recruits any of the details before joining up?

“Aqualad” (Dir. Glen Winter – Dir. of Smallville and Arrow) opens FIVE YEARS AGO with Deathstroke doing a ritual before a mission, not with a sacrifice, but a ritual nonetheless. For him, he showers and trims his facial hair perfectly. Why? Because that’s his ritual. Next, in a series of shots, he is sniping target after target. Lawyer, prisoners who turned State’s evidence, a Judge- everyone connected to his mission.

Esai Morales plays this perfectly calm and that’s how these Men actually are. The ones who I knew who did this sort of work were matter of fact Salt of the Earth types. His character doesn’t say a lot of words because why should he?

We get a hint as to what drives him. We see that he is outside of home with a teenager and mom. The teenager is mute and you wonder why are they targets? They aren’t because if they were, they’d be dust. Obviously, it is his son. Deathstroke had a son and Rose had a brother.

We learn about the unrequited romance between Aqualad and Wondergirl. They’ve wanted each other since they were 12 years old. He wants her, but she has a destiny to return to Themyscira and shoot arrows or something. Side question: what’s the point of Themyscira? Primitive weapons, feta everywhere, and lamb after lamb – doesn’t it get old? So they go there and train, buy why? Is it just The Olympics everyday? The pizza is the worst! Move on.

He wants her to stay and she secretly plans to leave before his fish charms get to her.

Since Doctor Light has been bothering everyone, we get his backstory. He was a physicist turned evil blah blah blah lightning hands. They need to stop Doctor Light because he’s getting a super weapon. All the while, Deathstroke is getting closer to his target.

The night of battle occurs and they wreck Doctor Light. Post battle, Aqualad and Wondergirl consummate, but she leaves without a word that very night!!!! Aqualad pursues and is accidentally killed by Deathstroke.

Dick uses the Bat-surveillance to determine the shooter is Deathstroke, which sets in motion their plan. They decide to get Dick to know the boy that was surveilled by Deathstroke.

This episode serves as half of the bridge. We know why the Titans hate Deathstroke, but not why he hates them. What makes these flashback episodes fun is that they keep their focus. We learn their side of the revenge, but Deathstroke’s revenge is a totally different story and can’t be rushed.

The following episode “Deathstroke” doesn’t reveal his motive, BUT it does show his magnificent bastardness! Esai is so Stone Cold! We can see Curran Walters really embody Jason Todd.

The entire episode is about how Deathstroke is setting up the pieces for maximum revenge against Dick Grayson. Rose is constantly pitting them against one another with perfect psy-ops. Deathstroke furthers that rift by offering a trade of Rose for Jason. Why? Because he wants the team to be constantly conflicted. This is from his military training: Infiltrate, Alienate, Isolate, and Destroy. Rose infiltrated, she is working to alienate them from one another, once isolated- attack.

Dick tries to offer himself in return for Jason. This is NOT going to work for Deathstroke. He wants Dick to suffer. The dead no pain; it is the survivor that lives with remorse and pain. Deathstroke wants Dick to be helpless as sees everyone he cares about die.

Deathstroke goes full Bond villain by having Jason on a scaffolding that will blow up and cause him to fall with Dick watching into a pit of alligators and maybe a shark. Why? Because THAT’S DRAMA!!!! He does get Jason to fall and have Dick helplessly watch. Then, CUT TO BLACK?! WHAT?!

This episode is great not just because the performances are great, but because it makes you desperate to know WHY is Deathstroke going to all this trouble? Thank you again and sorry for the wait. 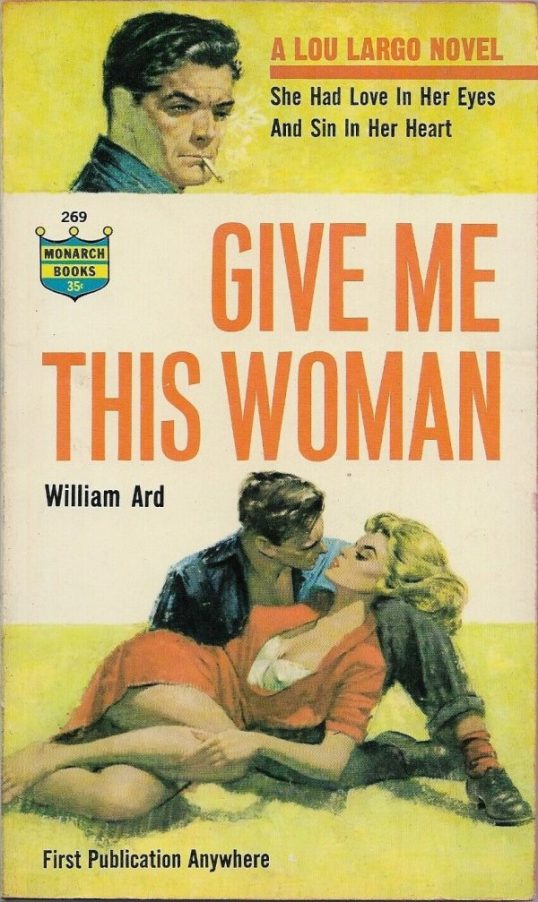 This is from 1962.  She had love in her eyes and sin her heart.  That sounds like a lot o people.  This cover was done by Lou Marchetti.


The 9th music video to air on MTV on August 1st, 1981 was the video for REO Speedwagon’s Take It On The Run.  However, due to technical difficulties, only 12 seconds of the video were aired before the Speedwagon was replaced by a black screen, which, to me, sounds like an improvement.  Though MTV moved on to the next video, the video for Take It On The Run would eventually be aired two more times over the course of August 1st.

REO Speedwagon does have its fans.  I’m not one of them but they are out there.  This video was the type of concert clip that celebrated bands like REO Speedwagon in all of their light rocking glory.

The First Videos Shown on MTV: