This October, we’ve been using 4 Shots From 4 Films to pay tribute to some of our favorite horror directors!  Today, in honor of Canadian Thanksgiving, we recognize the talents of the one and only David Cronenberg! 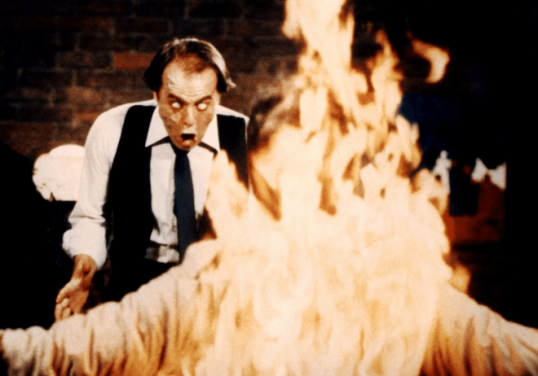 One response to “4 Shots From 4 David Cronenberg Films: Scanners, The Dead Zone, The Fly, Naked Lunch”