Let’s be honest : when it comes to balls-out post-apocalyptic action, few people can do it like the Aussies. This fine cinematic tradition dates all the way back to George Miller’s original Mad Max, and continues in fine form to this day not only with the recently-released Mad Max : Fury Road, but with last year’s much-more-modestly-budgeted indie feature Wyrmwood : Road Of The Dead (or, as it was more simply titled for theatrical release in its country of origin, Wyrmwood), a true labor of love shot on weekends over a four-year span by co-writer (along with his brother, Tristan)/director Kiah Roache-Turner that one-ups Miller, at least on a purely conceptual level, by throwing zombies into the mix, as well.

When the infection (and by the way, kudos to the Roache-Turners for adding the cool effect of having their undead breathe a sort of greenish gas) hits…

Nah, I’m not, either (yours or mine), so let’s just talk about someone else’s shall we? Better yet, let’s talk about somebody who’s altogether fictitious, so we can all  be nice and comfortable. 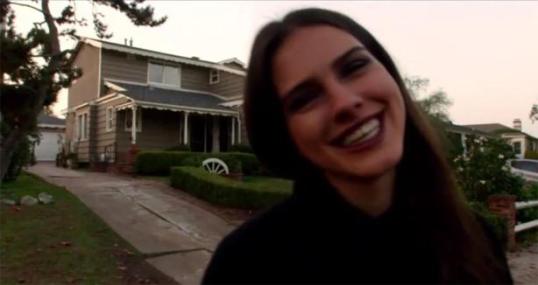 Specifically, let’s talk about 16-year-old Carson Morris (played by Lara Vosburgh), the subject of director Seth Grossman’s 2014 “found footage” indie-horror Inner Demons, who was apparently once a bright and promising young girl, but fell in with the wrong crowd once her admittedly dysfunctional parents (dad’s a lush, mom’s a religious fanatic) started sending her to a prestigious Catholic prep school that strikes me more as the sort of place you enroll your kid in to get them away from the wrong crowd, but whatever.

Little Carson’s just not the same anymore. She dresses in black and wears “goth” makeup and listens to heavy metal music and, of course…

Admit it : Jason Bateman has been playing smug, insincere assholes for so long now (am I the only one old enough to remember him as Derek on Silver Spoons?) that you just sort of assume he must be one in real life himself. Which isn’t to say that he’s been a “one-note Johnny” his entire career, but —oh, who the hell are we kidding? Of course he has. But he does it so damn well that I honestly don’t hold the fact that he’s never exactly “branched out” against him.

Here’s the thing though — for whatever reason, he’s pretty much always confined his shtick to the comedy genre (specifically the TV sitcom), and as a result, his characters have always been relatively redeemable. Yeah, he’s gonna stab you in the back, get one over on you, and generally fuck up your life, but gosh — he just… 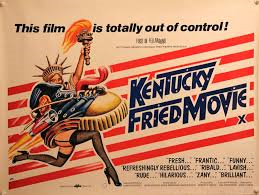 Satire ran rampant in the 70s. Magazines like MAD and NATIONAL LAMPOON were eagerly devoured by hungry youth disillusioned with the status quo, while SATURDAY NIGHT LIVE and MONTY PYTHON’S FLYING CIRCUS kept us glued to our TV sets for must-watch comic nonsense. Moviegoers were treated to such farcical fare as THE GROOVE TUBE (1974), TUNNELVISION (1976), and LOOSE SHOES (1980). But without question, the side-splittingly funniest of them all was THE KENTUCKY FRIED MOVIE.

KFM (as I’ll pretensiously call it) was the brainchild of David Zucker, Jim Abrahams, and Jerry Zucker, those geniuses behind AIRPLANE! The trio of comic terrorists first got together as college chums in a theatrical troupe known as The Kentucky Fried Theater. Making a name for themselves as unbridled smart-alecs taking potshots at everything in sight, they developed this hilarious gumbo of outrageous skits with the help of a young director named John Landis, whose only previous credit in the director’s chair was the horror spoof SCHLOCK!…

Plot:
Val (Andy) and Aqua (Bernadette) are servant robots who fall in love with each other..
Now, how do they procede? Just as you would expect them too. Or do they?

As much as I want to be in love with Aqua, she has her own problems. As a SciFi comedy it works! I wanted to hate this movie when I started watching it, but by the end … Yeah, you might want to watch it too!

TV news you can use!

The TCA (Television Critics Association) Awards were this week and I really want to talk about TV!  A lot of news came out this week! But I will make this brief.

Peter Gallagher  (Covert Affairs; Rescue Me)  joins the cast of the Emmy award-winning ‘The Good Wife‘. in a recurring role. according to Deadline http://deadline.com/2015/08/peter-gallagher-cast-the-good-wife-recurring-1201495520/

The much acclaimed ‘The Strain‘ has been renewed by FX for a third season. If you are not watching ‘The Strain‘ you are doing TV wrong! (via TVbytheNumbers) http://tvbythenumbers.zap2it.com/2015/08/07/the-strain-renewed-for-season-3-by-fx/444792/

Netfix renews The Wachowskis’ Sense 8‘. It has received great critical acceptance (but since I don’t have Netflix, I don’t have a comment on the show.) Deadline link http://deadline.com/2015/08/netflix-renews-sense8-wachowskis-1201495857/

‘Prison Break‘ is coming back to FOX, because we all asked for it. Much like ‘24‘ ‘Prison Break‘ will be a limited series that forgets all of the cannon it was built on, but has most of its original cast back. http://tvline.com/2015/06/02/prison-break-revival-limited-series-fox-wentworth-miller/

Louis C.K. is taking another extended hiatus from TV.  According to AV Club, the length of his break is unknown, but FOX CEO John Landgraf says he is welcome back anytime. http://www.avclub.com/article/louis-ck-taking-another-break-louie-223541

‘Knock Knock Live‘ The show starring Ryan Seacrest, was axed after two episodes because nobody watches TV or answers their door anymore.
http://www.ew.com/article/2015/07/30/knock-knock-live-canceled

FXX has picked up the animated series ‘Cassius and Clay’ A little pessimistic about this one. As much as I love animated series, a little skeptical here but FXX has a way with animated series! ‘I will hold my breath! http://deadline.com/2015/08/cassius-and-clay-animated-series-archer-fxx-1201495051/

SyFy finally sets a return date for ‘Haven‘. After the cliff hanger that ‘Haven‘ season 5a left us with, the final part of the series will begin October 8th. I am more than a ‘Haven‘ fan, but a junkie, so happy for 5b, but horribly saddened for it to end.