Welcome to Retro Television Reviews, a feature where we review some of our favorite and least favorite shows of the past!  On Tuesdays, I will be reviewing the original Fantasy Island, which ran on ABC from 1977 to 1996.  The entire show is currently streaming on Tubi! 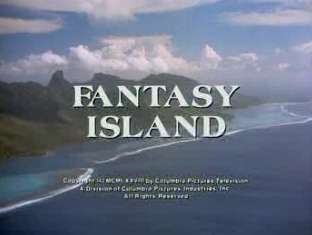 Smiles, everyone!  We have two very strange fantasies this week and a few memorable guest stars!

Finally!  After four weeks of trying to figure out how exactly the island works, I finally watched an episode that explained what Tattoo’s actual job is.  Apparently, Tattoo is an accountant.  It’s his job to keep track of how much money the island has in its treasury and to order stuff for the resort.  It’s also his job to rent things for the fantasies.  This episode, he mentions that it’s not cheap to rent a bear.  Mr. Roarke gives him a slightly disapproving look but no matter.  Tattoo’s correct.  Bears are not cheap.

As for the fantasies, they’re both kind of strange in this episode.

Meanwhile, on the other side of the island, Mr. Roarke has recreated a Haitian rubber plantation!  Jane Howell (Lauren Tewes, who I’ve also been watching on The Love Boat) is an amnesiac who might be the daughter of the plantation’s owner.  She, her adoptive parents (Howard Duff and Marjorie Lord), and her fiancé (Gary Collins) spend the night at the plantation.  However, it turns out that they’re not alone.  Mr. Roarke has also brought over a voodoo priest (Ernie Hudson!) who is determined to drive Jane mad!  It’s a really weird story that ends with not one twist but two.  It’s also an effectively creepy story, which makes it all the stranger that it’s paired with a light-hearted Parent Trap homage.

To me, the most interesting thing about this episode is that so many of the guest stars were veterans of the horror (or at least, the supernatural) genre.  The Family Reunion storyline features Juliet Mills (Beyond The Door), David Hedison (The Fly), and John Gavin (Psycho).  (Interestingly enough, David Hedison played Felix Leiter in two James Bond films while Gavin would have played Bond in Diamonds are Forever if Sean Connery hadn’t agreed to return to the role.)  Meanwhile, Voodoo features Lauren Tewes (who appeared in Eyes of a Stranger and Twin Peaks: The Return) and Ernie Hudson (Ghostbusters).  It’s an interesting mix of actors and it’s fun to see them all wandering around the island at the same time.

I enjoyed this episode.  Family Reunion was agreeably silly while Voodoo was creepy and melodramatic.  Add to that, Ricardo Montalban seemed to be having a genuinely good time as the mysterious Mr. Roarke.  He made the island seem like a fun place to visit, even with the bears and the voodoo hijinks. 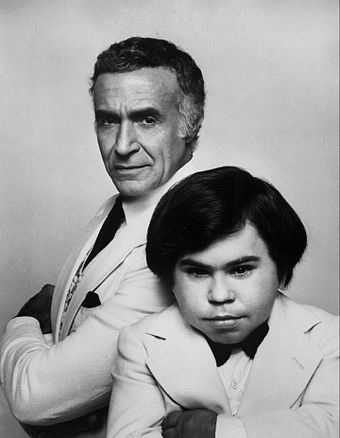