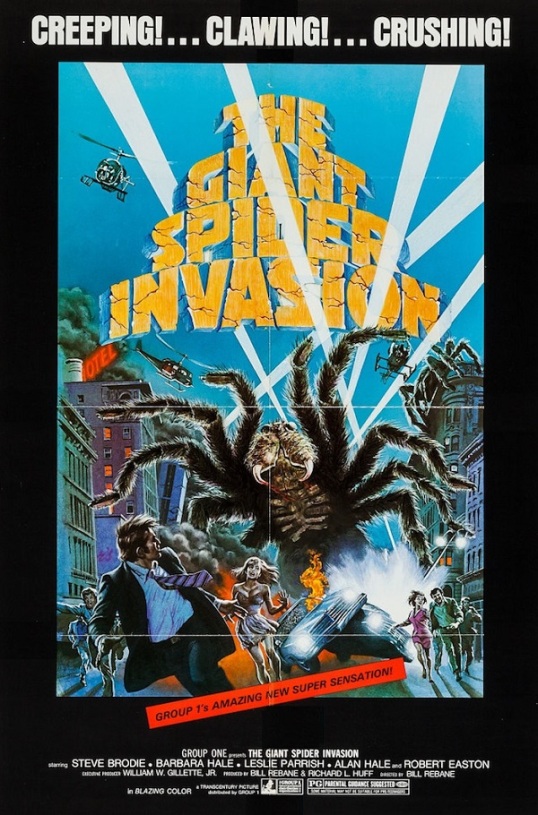 For today’s Horror on the Lens we have the 1975 classic, The Giant Spider Invasion!

Directed by Wisconsin’s own Bill Rebane, The Giant Spider Invasion works specifically because it delivers exactly what the title promises.  The title says that you’re going to see giant spiders invading the Earth and that’s exactly what happens!  And, as someone who cannot stand spiders, I can only say, “AGCK!”

This is a fun movie.  Sadly, I don’t think it would be as entertaining if it were made today.  The budget would be too high.  The actors wouldn’t be in on the joke.  The whole production would be more concerned with creating the perfect CGI spider than just having fun with the concept.  For a film like this to work, you need someone who is willing to work with a low budget and you need someone willing to fully embrace the the idea of spiders invading the farmlands of Wisconsin and wrecking havoc, regardless of how silly it might seem.  You need a director like Mr. Bill Rebane.

One response to “Horror on the Lens: The Giant Spider Invasion (by Bill Rebane)”