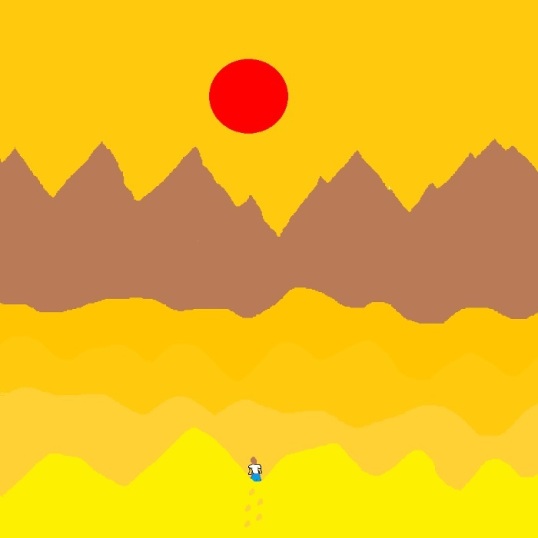 Desolation is an entrant in the 2020 Interactive Fiction Competition.  All of the entries can be played here.

In this piece of horror-themed Interactive Fiction, you have just escaped from a mansion and a blood-thirsty cult and now, suddenly, you’re in the desert.  You have no food.  You have no water.  Your phone isn’t going to save you and the sun isn’t going to stop beating down on you.  You’ve got a flashlight but that won’t help if you die of thirst and there’s a good chance of that happening since you’re stranded in the desert.

Desolation does a good job of keeping you guessing as to what’s really going on.  After a few turns of wandering around in the desert, the game took an unexpected turn and then, a few turns later, it took another unexpected turn.  I can’t go into the details without spoiling the game but I will say the Desolation kept me on my toes.  I’m terrible at IF games that require you to figure out how to survive in a desolate location.  I always go the wrong direction or pick up the wrong object.  That happened to me a few times while playing Desolation but I still enjoyed the game.  It’s a real challenge and requires more than a little thought.  If you’ve never played an IF game before, this is probably not the one to start with.  But people who know the format should enjoy the challenge of Desolation.

One final note: Desolation is actually a sequel to an earlier game, Two Braids Girl.  I haven’t play the earlier game but that didn’t stop me from enjoying Desolation.

Desolation can be played here!