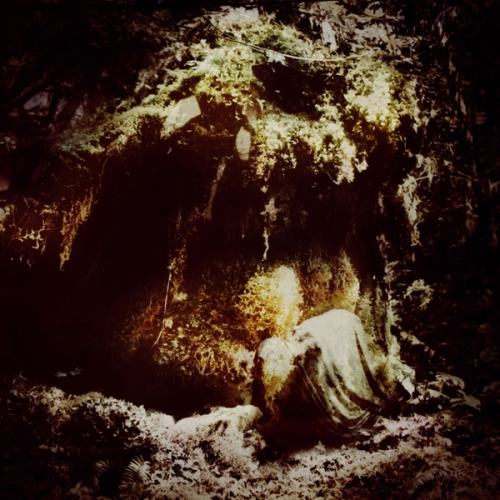 I heard this band before you did. No, really. It was completely by accident, to be honest. I had just found out about Agalloch bassist Jason William Walton sideproject and indisputable worst band in existence Especially Likely Sloth. Youtube didn’t exist yet so I had to actually go to the Vendlus Records website, where they were really pushing preorders of Wolves in the Throne Room’s debut album. It was only like $8 so I threw it in the cart. Two years later I almost saw them live, opening for Jesu on their 2007 US tour. I thought it would be kind of cool, being the one kid in the house who had actually heard of them (I had no idea Southern Lord picked them up), but they made the mistake of scheduling all their Texas stops the exact same areas/days as Finntroll, and the opportunity to see the latter two days in a row won out.

Next thing I know they’re the most popular black metal band in the world. Go figure.

I guess what shocked me most about that was I never thought they were very good. I mean, I had heard Diadem of 12 Stars plenty of times, and to me they were just another black metal band, with no distinguishing features to speak of.

By the time I found out about their success though, they had just released a third album. I hadn’t heard about the second, I didn’t remember the first (because it is very forgettable), and I was not feeling up to the task of attentively engaging three albums which I didn’t have high hopes for. All of the hype was coming from outside of metal circles, and sure, Pitchfork has pushed good metal before (Mastodon for one outstanding example), but nine times out of ten their selections are borderline arbitrary–the first metal experience of ‘experts’ completely foreign to the genre or maybe even just the newest release from a record label helping to pay their bills. No, when metal bands become popular in non-metal crowds, it usually has nothing to do with their music.

Last week though, I heard Liturgy. Hyped by all of the same dubious sources, it was comparisons to Krallice and Hunter Hunt-Hendrix’s outlandish interview that ultimately compelled me, but in light of the fact that Aesthethica is fucking amazing, I thought it high time I gave a few other “Pitchfork metal” bands a try. For obvious reasons both in fame and personal experience, Wolves in the Throne Room were the first casualty.

I had Celestial Lineage on repeat for two solid days trying desperately to derive something, anything special and significant out of it. I couldn’t. At the surface they were the same generic status quo black metal act I heard demo recording samples of back in 2005. But as it always goes, when it came down to actually spelling out what in particular I found boring about them I finally found myself noticing some of the appeal. Not much, mind you, but a little bit.

Let’s look at this opening track. I hear a chick singing to some simple piano and synth, some basic tremolo lurking in the background–a mood setting introduction, like 50% of the genre. Nothing in particular sets it above average. I’m not really feeling it yet, still just hearing a recording studio session. The black metal fades out of the ambiance rather than exploding, and I like that. Once again, it’s nothing unique, but always an effective way of stating your intentions up front. There’s an obvious Agalloch influence, most distinct in the guitar solos, and by the time they end I’m definitely getting a dark, reflective vibe–nature themes, something really earthy. The transition back into a female chant, a synthy night sky with chime-spawned stars, a slow resurrection of guitar painting the celestial horizon in different shades of black, blotting out the stars in an auroral haze… It’s exceptionally visual, and it’s visual in a distinctly American way. You know: earth spirituality; something native to the soil; American folk metal, which possesses virtually no stylistic commonality with its pantheon-laden European namesake.

The second track is a two minute ambient piece, and I find it irritably overdone. It is accented by a vocal chant which just doesn’t fit the picture, and I think if they’d left that out it would have been perfect. At any rate, the third song explodes back into black metal.

This is what I remember forgetting about their first album: really generic black metal. A mix of second wave and Ukrainian sounds, it is moody and scene-setting only to the extent that all black metal is, and offers absolutely no leads as to what the band had in mind beyond “Ok dudes at this part let’s sound like Emperor or Drudkh or some shit, it’ll be cool.”

A little over 4 minutes in the song comes to a standstill, and the residual distortion and drums kind of scrape along in a not particularly coherent mishmash. Out of it emerges a shamefully obnoxious guitar hammering the same meh chords over and over and over (and over) and I would probably have shot myself at this point, but beneath it all the drummer is actually tearing it the fuck up with subtly accented blast beats that I found simultaneously intense and relaxing. The guitar eventually goes post-rock kind of out of nowhere and ends a mostly boring song on a pretty good note.

I kind of wanted to end this on Woodland Cathedral, a 5+ minute ambient track that impressed me in ways similar to the latter half of the opening song, but since it’s mainly their black metal that I’ve been bashing, Astral Blood is probably the better choice. Here they do it right, and I never need to question their originality because I’m already too caught up in it to care. The mood sets in instantly, unleashing black metal’s potentially soothing effects–the sort of feel good in the cold contemplative darkness track that I like having on as a background piece. When the ambiance returns it’s gorgeous, and the song doesn’t really go down hill until 5:30 (at which point the guitar repeat is once again merely obnoxious), periodically recovering and digressing through to the end.

So, what’s the final verdict? On the surface, generic. In depth, too diverse for its own good. The first track, Thuja Magus Imperium, is really brilliant, but it is perhaps the only track I can say such things about. There is a fine line between meditative repetition and a broken record, and Wolves in the Throne Room seem pretty oblivious to it. What’s more, their fastest metal moments lack emotion and intensity, and their slowest lack subtlety. Their ambient tracks are nice, but they have a habit of overdoing them, especially vocally (including the female vocals at times), where once again a little subtlety could have saved the day. I was pretty impressed by the drummer the few times I tuned in to him, and perhaps another listen as attentive as the few I put in writing this would position me to praise him more thoroughly, but I am out of time and patience.

It’s because Celestial Lineage does possess a few moments of brilliance, however, that a thorough critique is even possible. The album as a whole is not at all generic in the sense of say, the new Demonaz album, and, while I might enjoy listening to that one slightly more, it’s got a lot less to appreciate. Celestial Lineage is only generic in its methods for creating complexity; it’s not generic at its core. But it is also nothing special, as I’d originally perceived.

Wolves in the Throne Room have reportedly claimed that their music is meant to be meditative rather than aggressive, and that they play black metal on their own terms. They’re fooling themselves with the latter claim, and while I’ll grant that it’s meditative, those non-metal fans who think it is exceptionally so simply have not experienced much of the genre.

On Thursday night, my twitter timeline briefly exploded when it was reported that legendary filmmaker Roger Corman had just passed away.  I immediately jumped over to Wikipedia and I saw that Roger Corman was officially listed as being newly deceased.  Quickly, I jumped back over to twitter and I tweeted, “R.I.P. to one of the most important figures in American film history — the legendary Roger Corman.”  I then sent out another tweet in which I pointed out that this meant that two of the men who has played senators in The Godfather, Part II — G.D. Spradlin and Roger Corman — had died this year and within months of each other.

Immediatly, one of my twitter friends tweeted back, “If only real Senators would die as quickly.”

“Agck!” I thought to myself, “how do I respond to that?  If I get all offended or humorless, I might lose a follower.  If I say yes, that’s a good point, I might end up getting put on some sort of super secret government list…”

Even as I worried about my future as a subversive, I was thinking to myself that the best way I could pay tribute to the late Roger Corman was to devote my next edition of Lisa Marie’s Favorite Grindhouse and Exploitation trailers to his memory.  Yes, I decided, the next edition would have be all Corman, a celebration of the man, his life, and his movies…

And then it turned out that Roger Corman wasn’t dead.  Turns out that some idiot journalist named Jake Tapper tweeted that Corman was dead and that’s what set off a chain reaction of false assumptions and early tributes.  However, Roger Corman is still alive but you know me.  Once I get an idea in my head,  I have to see it through.  Letting things go is not one of my talents.

So, with that in mind, here are 6 trailers in tribute to Roger Corman, who is not dead.

In 1967, Roger Corman directed this film in which Peter Fonda plays a tv director who drops acid and ends up having a really bad trip.  The script was written by Jack Nicholson and Dennis Hopper plays a random guru guy.  Bruce Dern is in it too.  As far as drug movies go, The Trip is actually pretty good though it does indulge in some of the standard Renaissance Faire imagery that all movies seem to use whenever attempting to visualize an acid trip.

I recently saw this movie, Roger Corman’s first “studio” film.  I have to admit that I thought it was a little bit slow but it had some fun performances and Jack Nicholson gets a memorable cameo where he explains why he dips his bullets in garlic.

In 1962, Roger Corman and William Shatner teamed up to make this look at racism and the people who exploit it.

This is one of Corman’s famous Poe films.

Peter Fonda again.  In this seminal biker film, Fonda again costars with Bruce Dern.  Fonda’s girlfriend is played by Nancy Sinatra who, by the way, is one of the few celebs on twitter who will not only follow back but who will also actually respond to her followers.

Finally, let’s end things off with some truly old school Corman — It Conquered the World!  This was Corman’s 3rd film as a director and his first major success.

Here’s to you, Roger Corman!  Thank you for the movies and congratulations on still being with us.